The tough economic environment brought on by the continued maladministration of the country, the inability to grow electricity production , a high unemployment rate and the continued treat of Moody's downgrade to junk is reflected in the M&A numbers for 2019.

The value of successful M&A deals for South African exchange-listed companies for 2019 stands at R421 billion off a total of 463 deals - a 36% decline on the value of 2018's activity. Industry advisers to the deals and transactions confirm that while the numbers are down this is not a reflection of investor interest. There are many deals in the pipeline but, they concede, deals are taking longer to close thanks to geo-political risk factors at play in South Africa. The implementation of deals such as PepsiCo's acquisition of Pioneer Foods and the acquisition of Clover by the Milco consortium, announced in 2019, will bring much needed foreign direct investment which in turn will contribute meaningfully to growth in the South African economy.

General Corporate Finance activity for the year saw an increase in the number of company restructuring and an uptick in the repurchase of stock by corporates on the back of softer share prices. The listing of Prosus at R1,95 trillion was the largest transaction in this section; in fact the four largest transactions for the year involved Naspers with the Prosus and MultiChoice unbundlings and their subsequent listings.

Earlier this week DealMakers held its Annual Gala Awards Banquet to celebrate the achievement of the advisory firms within the M&A industry during 2019. The Event Sponsors were Ansarada, Sibanye-Stillwater, Brunswick, INCE, Exxaro, A2X, Juta and Mail & Guardian.

The winners of the main awards are as follows: 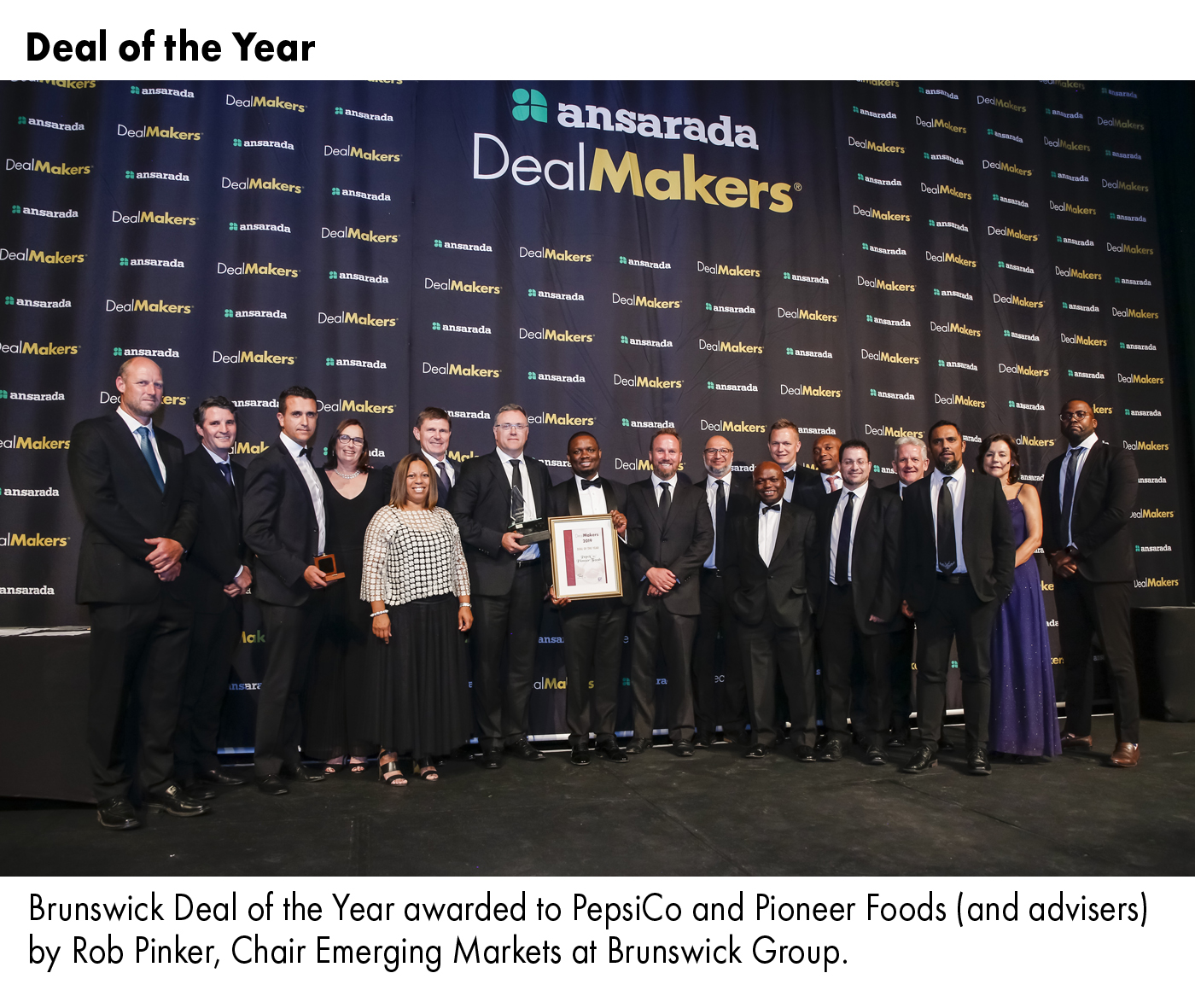 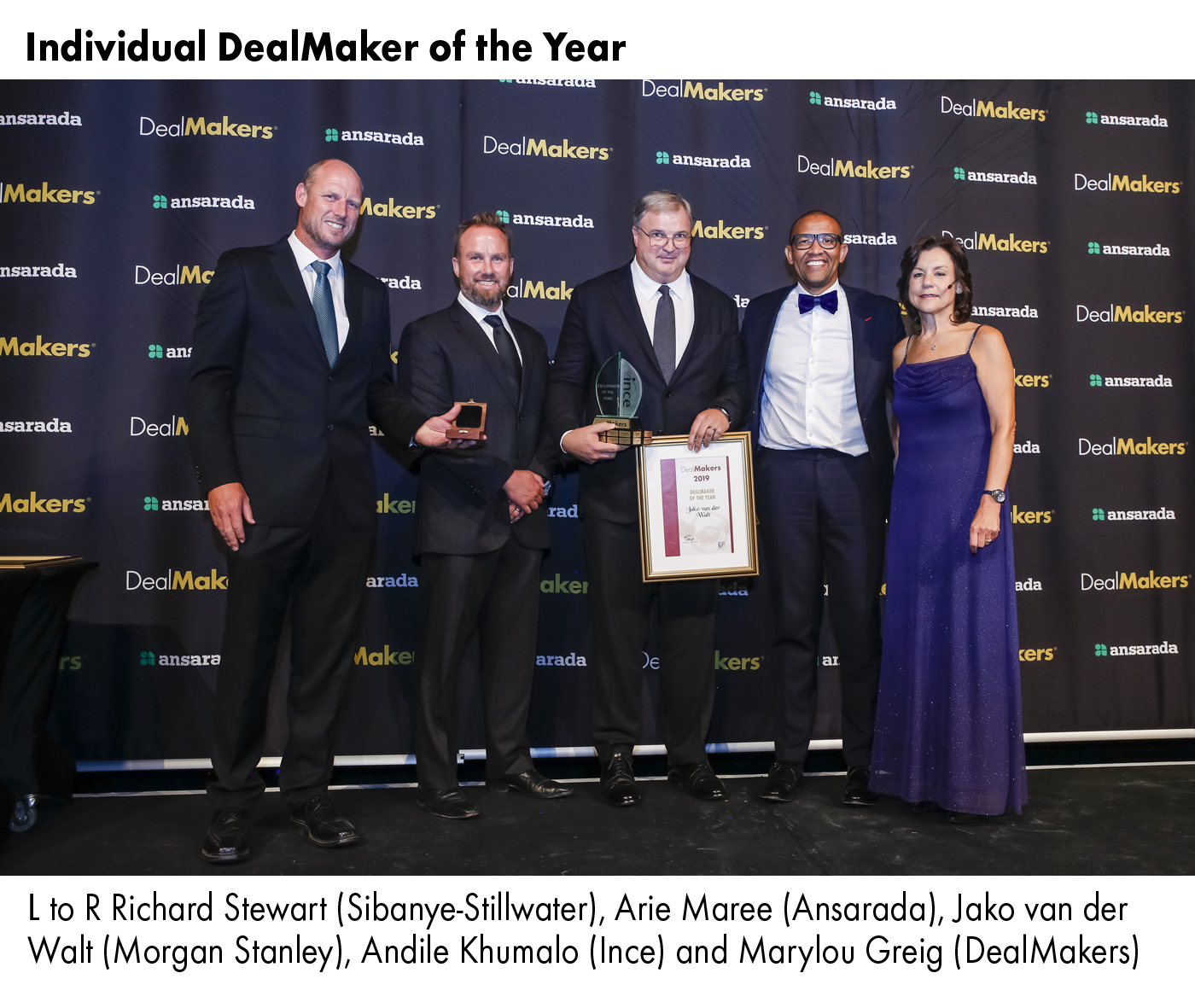 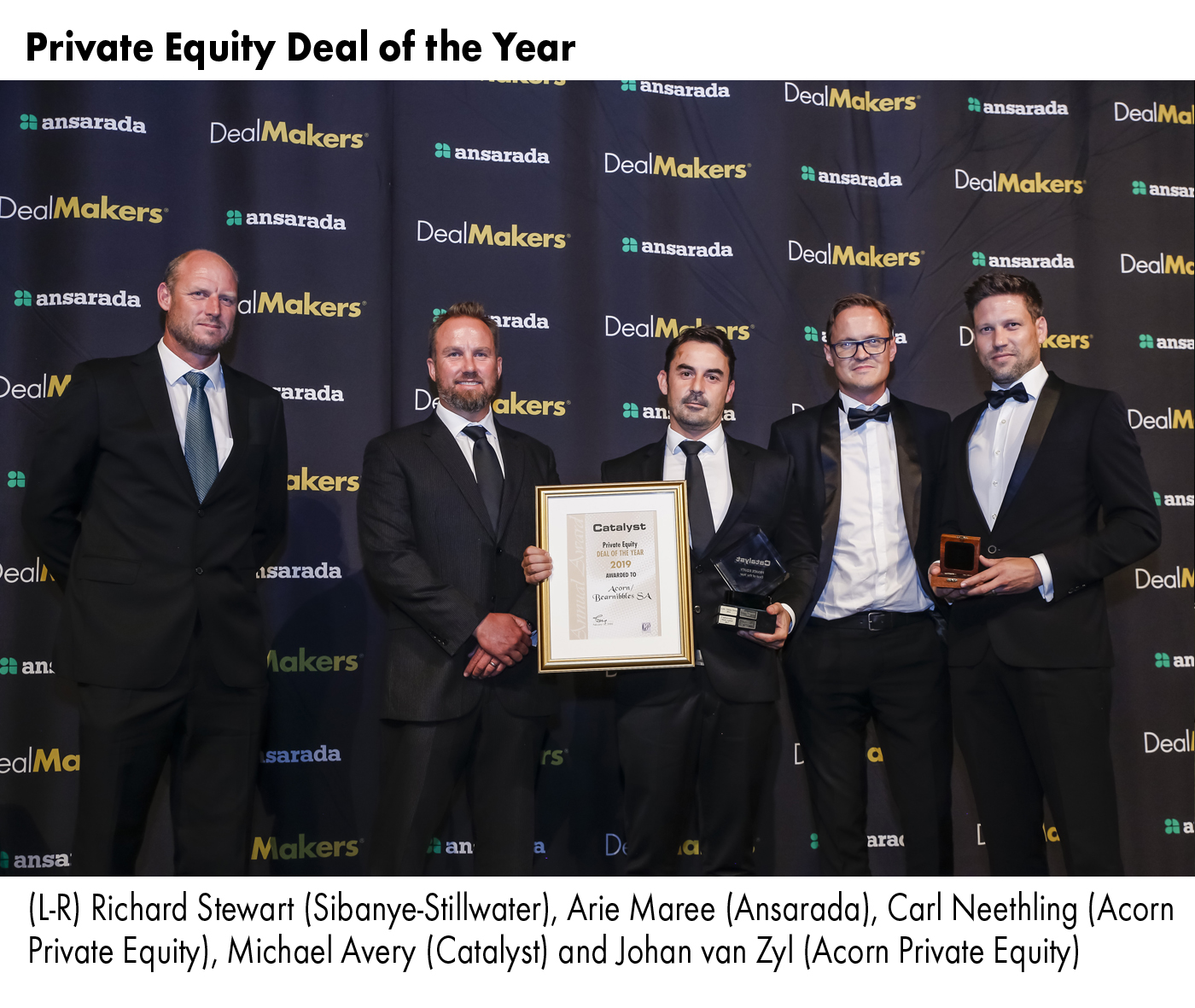 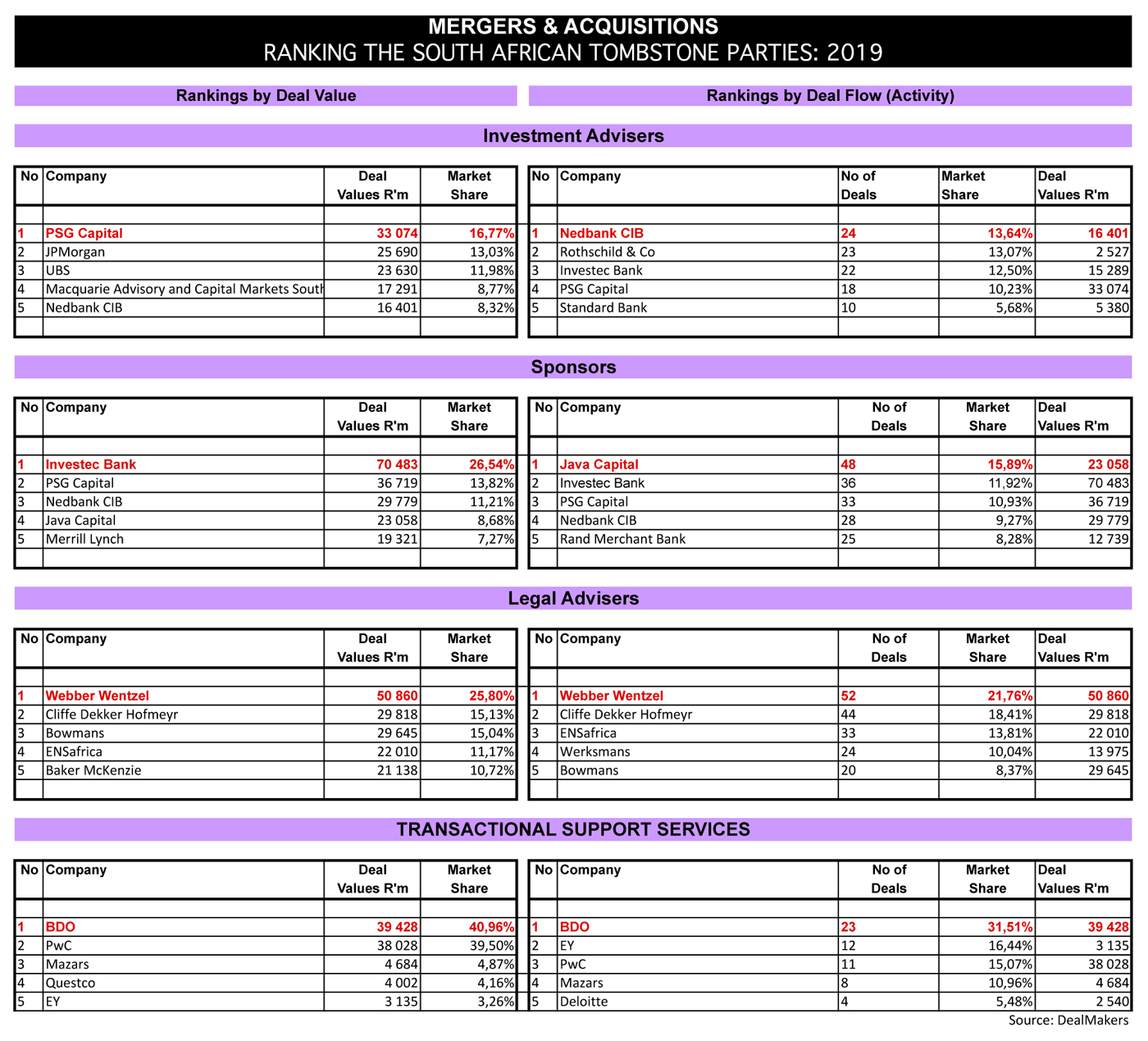 Advisory firms ranking in activities of General Corporate Finance for 2019 is as follows: 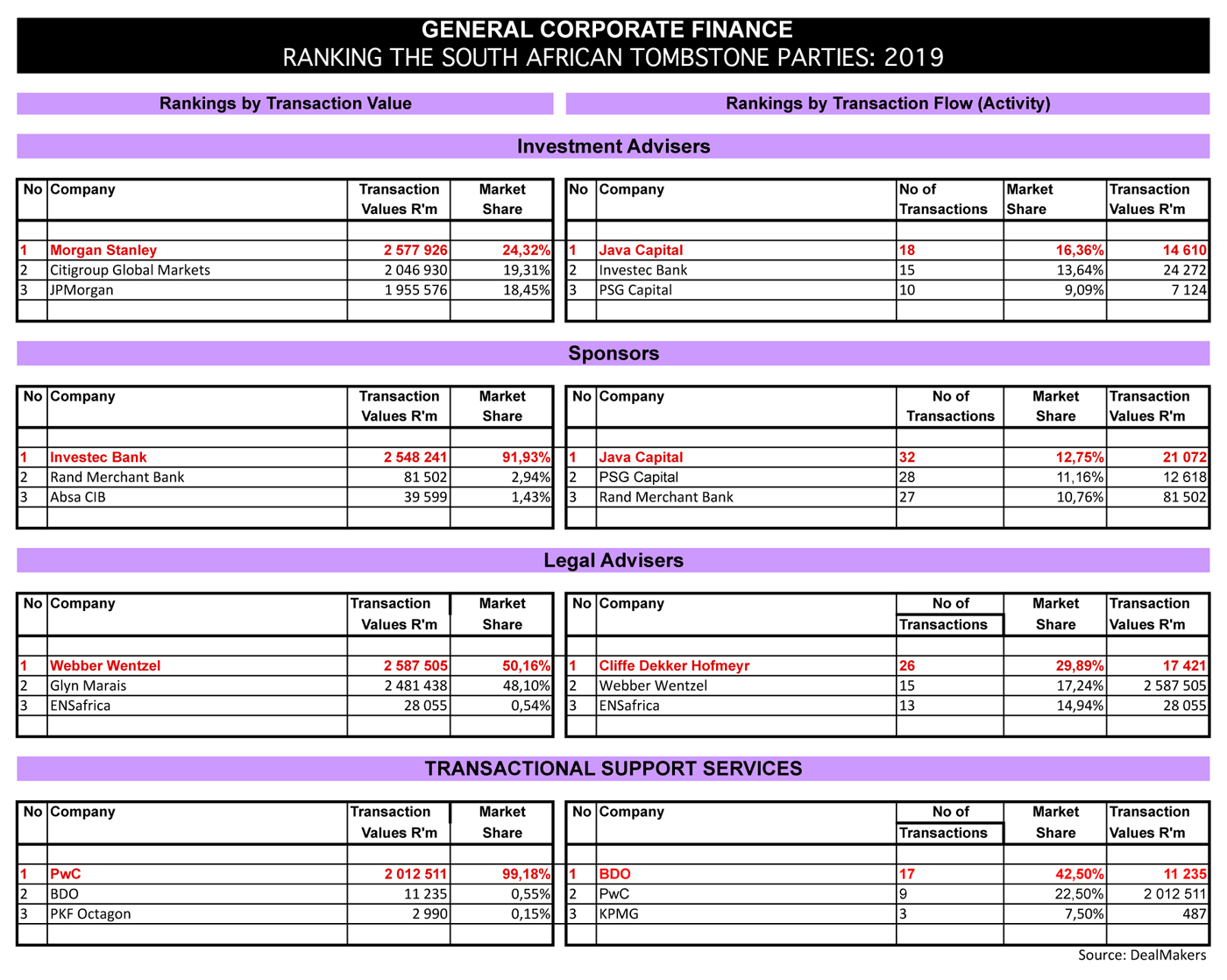 Impact of COVID-19 on Merafe's operations