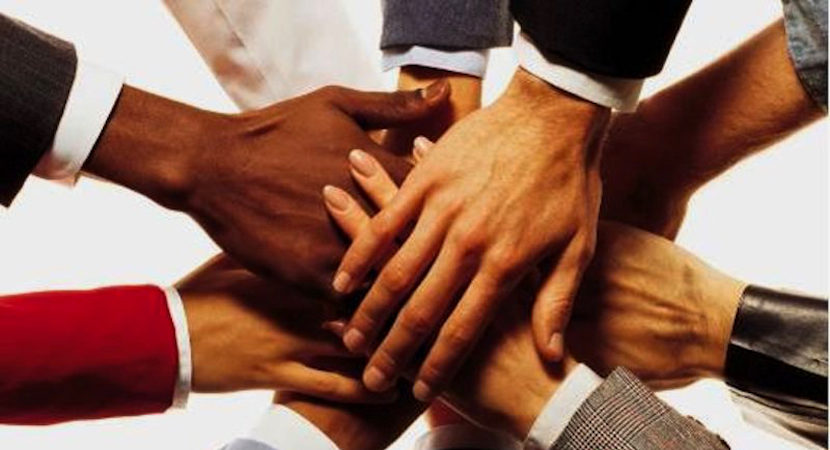 Global consultancy McKinsey is in the spotlight in connection with irregularities linked to South Africa's Black Economic Empowerment (BEE) legislation.

As the Trillian-Eskom scandal escalates, McKinsey is fighting allegations that it facilitated a sham contract with Gupta-linked Trillian. Meanwhile, a BizNews community member has come forward with more details on the way McKinsey works in South Africa after losing out as a McKinsey empowerment supplier. McKinsey has refused to divulge which supplier has won BEE business worth substantial sums. - Jackie Cameron

A South African businessman has laid criminal charges against global consulting firm McKinsey after losing out on lucrative work as its empowerment supplier.

Katiso Thamae, chief executive officer of South African management consulting firm Deep Dynamics, is puzzled about McKinsey's secrecy over which company was awarded the work and accuses the company of deceiving him into believing his business was chosen as its partner.

The media spotlight has been on McKinsey over its role in facilitating the flow of Eskom funds to Gupta-linked entity Trillian in a contract that appears to be a sham. The Gupta family is at the centre of a financial scandal in which it has used its power over President Jacob Zuma to access an estimated R100bn in state funds across a range of public entities. The Guptas are an immigrant Indian family whose bank accounts have been closed by a number of South African banks that have expressed concern about moneylaundering and other irregularities.

McKinsey has denied its involvement in Gupta-linked corruption and graft. It is running an internal investigation to probe the involvement of its South African staff with Gupta entities. It has suspended employee Vikas Sagar, who shared information directly with Gupta henchman Salim Essa.

Meanwhile, Thamae has asked police to investigate McKinsey in connection with possible fraud. He has laid charges with the SA Police Service and supplied detailed affadavits (shown to McKinsey) in which he accuses McKinsey of 'deceiving' his organisation in a costly tender process.

Companies like McKinsey are required to spend a percentage of their profits on local supplier development and must use "empowering suppliers".

Thamae says in November, McKinsey verbally appointed his firm as a local empowerment partner that would help the global consultancy rapidly grow its South African business - but then inexplicably backtracked this year.

He would like to know which empowerment entity got the business, which he estimates is worth a very conservative R4bn over the next five years.

McKinsey has refused to tell Thamae which company has been appointed as its local empowerment partner. It also did not respond to this question, when BizNews contacted McKinsey global headquarters. McKinsey referred only to a "panel of suppliers".

And @Eskom_SA actually paid McKinsey & Trillian in terms of the crazy non-contract that was never signed. Can you believe it!? SMH

Deep Dynamics was shortlisted to provide consultancy support "to serve clients across a range of sectors", says Thamae, who has provided extensive documentation on the matter.

"They appointed us on the 30th Nov 2016 but later declined. We spent lots of funds in preparation for this partnership," he said.

Thamae estimates that "the forgone benefits, taking a very conservative approach" are a minimum of R4bn. "We are at liberty to accommodate a more accurate calculation of this opportunity cost which, we know, will far outpace R4 billion," he added.

DJ Carella, Deputy Head of Media Relations at McKinsey & Company, Washington, DC, told BizNews: "To be clear, Deep Dynamics were never promised work and so we did not 'change our minds' about working with them.

The company responded to an April 2016 Request for Information (RFI) in which McKinsey sought responses from small and medium enterprises (SMEs) and exempt micro enterprises (EMEs) consulting firms.

This RFI did not pertain to a specific project. Rather, the RFI was part of a rigorous process by which McKinsey selected a panel of potential Supplier Development Partners for future projects.

"The company in question did not meet the criteria required and therefore was not one of the firms selected, and this was communicated directly to the company," said Carella.

However, Carella did not explain why McKinsey shortlisted Thamae's company and subsequently invited him to have detailed discussions with several senior McKinsey employees if it did not meet the required criteria. In addition, he did not confirm whether McKinsey was including this RFI in its probe of McKinsey irregularities in South Africa.

Thamae opened a case against McKinsey on 2 May at Park Road police station in Bloemfontein and was told the docket had been sent to the National Prosecuting Authority (NPA) on 30 May. He has not yet heard how the NPA plans to proceed with the matter.

The energy and chemicals group says it has also successfully concluded talks with its lenders to keep its amended debt covenant in place.

The technology services group is still trying to sell its IP businesses as it reduces debt while refinancing talks continue.

Ingham Analytics have updated their assessment of Capitec in "Froth back?" in which they analyse the financial situation and flesh out the valuation metrics.

Proceed with prescription, but beware of the wrong kind

Yes, we argue in the cover story of this latest TT edition, bring on prescription.

Tongaat soars as it returns to profitability

The sugar producer and landowner has also made progress in reducing debt in line with its commitment to lenders.

The cement producer says after a difficult start to the year due to Covid-19, sales recovered strongly in the second quarter.

The bank has reported a continued improvement since August but says a dividend is unlikely this year.

The investment holding company says an offer to buy up to 100 million shares should not be seen as a takeover.

The technology group is planning to demerge and list its Bytes UK business on the London Stock Exchange before Christmas.

Dealings In PSG Shares By A Director And Associates Of Directors

The pharmaceuticals group says its drugs and hospital equipment should offset the negative commercial impact of the pandemic.

The distribution centre is the second development deal to arise from its partnership with UK property developer Newlands.

The real estate investment trust says offshore dividends were withheld and Covid-19 had a big impact on its local portfolio.