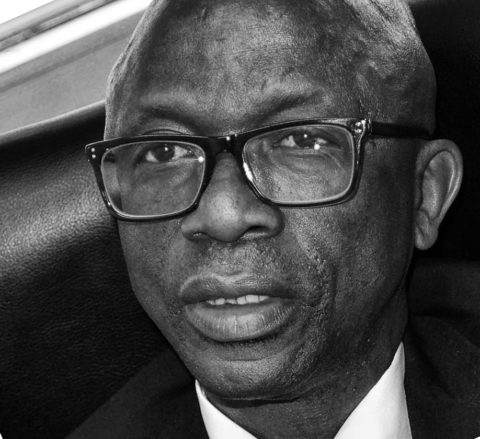 Financial inclusion sounds like a remedy for the discrimination the poor have suffered for decades, but thousands of social grant beneficiaries taking up tempting products have found themselves in a vicious cycle of debt.

The Banking Association of South Africa defines financial inclusion as "access and usage of a broad range of affordable, quality financial services and products, in a manner convenient to the financially excluded, unbanked and under-banked; in an appropriate but simple and dignified manner with the requisite consideration to client protection. Accessibility should be accompanied by usage which should be supported through the financial education of clients".

The poor and unbanked have been denied access to finance for decades. Financial inclusion on the face of it sounds like a remedy for the discrimination that poor people have suffered for years.

Enter Net1, with its plethora of financial service subsidiaries, with packages targeting the poor in the low Living Standard Measure (LSM) levels. Now this outfit is very cunning and introduced its products as the antithesis of the financial exclusion the poor have historically experienced. In fact, they sugar-coated their marketing with noble notions of financial inclusion. You'd be crazy to find fault with those who took the bait hook, line and sinker. As the saying goes, "all that glitters is not gold".

Thousands of social grant beneficiaries who took up these products soon found themselves in a vicious cycle of debt and approached the South African Social Security Agency (Sassa) for help. It's important to remember that some victims did not authorise deductions from their grant money, but were debited nonetheless by Net1 subsidiaries, in the name of financial inclusion, I suppose. A dispute resolution mechanism was put in place and the victims were reimbursed with the assistance of civil society and Sassa.

In 1985 during the State of Emergency era, a group of residents were protesting in Athlone, Cape Town. A South African railways truck with crates at the back approached the protesters. Suddenly, police hiding behind the crates emerged and shot three youths dead in what came to be known as the Trojan Horse massacre. The Attorney-General of the Cape refused to prosecute after an inquest found that the police acted unreasonably. I'm not sure if there are similarities with a situation where you are enticed with a loan in the name of financial inclusion, only to find out that the terms and conditions work against the very definition of financial inclusion.

Fast-forward to 2018 -- government introduces a new bank card for social grant beneficiaries and Sassa ends a contract involving CPS, a Net1 subsidiary. This new gold card does not accept debits, and all of a sudden this is seen as a loss of revenue for Net1, though it also claims that the social grants tender contributed almost insignificantly to the bottom line. Plan B becomes recruiting social grant beneficiaries to open Easy Pay Everywhere (EPE) accounts. The card is issued by Grindrod which had served as a banking partner of CPS during its Sassa contract.

Regulation 21 (1) (A) of the Social Assistance Act, 2004 states that Sassa shall pay a social grant into the bank account of a beneficiary provided the beneficiary consents in writing and submits such consent in person to Sassa.

Net1 subsidiary Moneyline Financial Services lodged an urgent application against Sassa for not accepting biometric consent. In its affidavit, Sassa argued that such an arrangement was not in line with the above regulations which require the beneficiary to submit written consent to Sassa in person instead of a third party such as Moneyline submitting biometric consent on behalf of Sassa. To give consent in writing and in person is a measure built within the law so that fraud is avoided. It seems Moneyline is actually requesting permission not to comply with the law as stated in the regulations.

Net1 CEO Herman Kotze was quoted in the media as saying it's not a catastrophic component to lose the Sassa business. The lawfare waged by Net1 against Sassa seems to indicate that the Sassa component is continuing and only the form and shape has changed.

On 28 November 2018 Judge Hans Fabricius ordered Sassa to, among others, pay social grants of EPE account holders who provided biometric consent unless otherwise authorised in terms of a duly completed and submitted Annexure C form. This is an interim order and judgment will be handed down on 31 January 2019.

Contrary to what can be inferred from recent media reports, Sassa did not stop paying social grants of the 14 social grant beneficiaries who are applicants in the matter. The Sassa affidavit reveals that the 14 beneficiaries in this matter either migrated voluntarily to the Sassa card or to other banks of their choice.

Unless I'm missing something, Moneyline deals with micro loans and it is not a bank. It's interesting that it approaches the North Gauteng High Court to force Sassa to pay grants into a particular bank account. I can't wait to get an explanation on 31 January. DM

Kgomoco Diseko is a Sassa senior manager and writes in his personal capacity.