The Constitutional Court was recently tasked with determining whether Standard Bank of South Africa (Standard Bank), Waco Africa (Proprietary) Limited and a group of seven companies referred to as the "Waco Respondents" could access the Competition Commission's record of investigation into the complaints pending against them before the Competition Tribunal.

Further, the Commission requested that the Constitutional Court review the Competition Appeal Court's (CAC) competence to hear a review application as a court of first instance. During earlier review proceedings before the CAC, Standard Bank had sought to set aside the Commission's decision not to provide Standard Bank with its record of investigation detailing allegations of collusive practices.

By way of background, Standard Bank and the Waco Respondents were referred to the Competition Tribunal by the Commission on allegations of participating in anti-competitive behaviour in contravention of the Competition Act, 1998 (Act).

While their exception was being deliberated by the Tribunal, Standard Bank launched a separate and direct application in the CAC, requesting directions from the Judge President on the same issue that was currently before the Tribunal. Standard Bank appeared before a single judge, who directed the Commission to provide the record of investigation in terms of Rule 53 of the Uniform Rules of Court, which applies to litigants in civil courts generally.

In deciding whether Standard Bank and the Waco Respondents had a right to access the Commission's record, the Constitutional Court emphasised that the core issue in the matter was not whether they were entitled to the disclosure of the record, but rather whether the Commission Rules regulate disclosure of information relevant to complaints pending before the Tribunal.

The Constitutional Court noted that, in a previous judgment in the Group Five Limited v Competition Commission matter (Group Five matter), the CAC had correctly held that the Tribunal is permitted to refer to the Uniform Rules of Court (which generally apply to matters in the civil courts) in respect of any matter not governed by the Tribunal Rules.

Therefore, Standard Bank and the Waco Respondents could have acceptably based their request for the production of the investigation record on Rule 35 of the Uniform Rules of Court. However, they had erred in framing their request in terms of Rule 15 of the Commission Rules, which did not apply to pending Tribunal cases.

In addition, contrary to the CAC's decision in the Group Five matter, where the court ruled that "a respondent does not have an automatic right to discovery once the pleadings are closed," the Constitutional Court held that respondents in referral proceedings enjoy automatic rights to discovery after close of pleadings. Therefore, the Tribunal only has the discretion to decide when and how the production of the discovery will occur.

The Constitutional Court's decision in this matter has important implications for respondents in Tribunal proceedings who seek to access the Commission's investigative record, and clarifies aspects of this topic that had been left open by the CAC in the Group Five matter. Particularly, respondents would need to be mindful to frame requests to access the Commission's investigation record pursuant to the discovery rules prescribed by the Uniform Rules of Court and the Tribunal Rules, as the rights of access provided for in the Commission Rules only extend to members of the public and not litigants in Tribunal proceedings. Moreover, the Court has affirmed that the Commission's Rules cease to apply once a matter is referred to the Tribunal for adjudication.

The practical implication for respondents will be that, although they are entitled to access the Commission's record pursuant to the ordinary rules of discovery, they may not necessarily delay the filing of their response to a complaint referral until the investigation record is provided. The right to request discovery of the record arises after pleadings close - i.e. after the filing of the response to a complaint referral and the Commission's filing of any reply to the response. 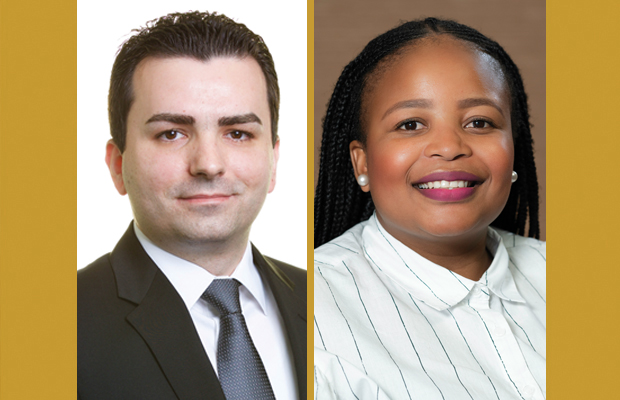 The pharmaceuticals group says the fine by the Competition and Markets Authority brings the matter to a close after close to three years.

The property group says full-year distributable earnings will be down and it is reconsidering its payout policy to shareholders.

The real estate investment trust says the value of its properties has been affected by falling rentals and an increase in vacancies.

The chrome and platinum producer says mining output reached a record in May and June as it returned to full production.

The chrome and platinum producer says mining output reached a record in May and June as it returned to full production.