There is significant anticipation around the potential economic windfall of the Africa Continental Free Trade Agreement (ACFTA). Baker McKenzie recently put out a report titled: How to unlock Africa's $3 trillion free trade opportunity. South Africa is one of several countries expected to be winners from the ACFTA. Other economies anticipated to do well are open and mixed economies that can trade across several fronts, such as Morocco and Ghana.

South Africa could be a recipient of broader benefits from ACFTA. For decades, the country has been considered a potential gateway to Africa, a possible foothold for foreign direct investment at scale into the continent. That promise has never come close to materialising. Instead, over the past decade, South Africa has become one of the most sluggish economies on the continent. For nearly five years, GDP growth has been lower than population growth, with GDP per capita declines for the past four years. Yet, South Africa remains the most significant attractor of foreign investment. Multinationals are often not interested in South Africa, but rather its strategic proposition, primarily because its industry and capital markets dwarf any on the continent. A depressed economy, ten years of stagnant economic output and a currency that, by many measures, is the most undervalued in the world against hard currencies, means that asset prices often offer strategic value to foreign firms. Its firms are a means to tap into sub-Saharan Africa, which for nearly ten years has been the fastest-growing region in the world, after East Asia.

FDI to South Africa grew from $1,3bn in 2017 to $7,1bn in 2018, reflecting somewhat of a recovery from a negative trend. For instance, foreign direct investment declined from 2.3% of GDP in 2013 to 1.5% in 2016. PwC estimates that it was as low as 0.4% in 2017, even though domestic fixed investment is also at its lowest levels. In fact, notwithstanding winning the lion's share of continental FDI, the reality is that South Africa has underperformed. Relative to the size of their economies, countries like Ethiopia, Egypt and Morocco attract higher levels of relative FDI. Ethiopia, with a GDP a quarter that of South Africa, attracted $3,3bn in FDI in 2018 against South Africa's $5,3bn, according to UNCTAD's 2019 World Investment report.

ACFTA could be a game-changer.

South Africa may not have an exciting market, but it has something that almost no other African country has: companies that already have capacity at scale and hundreds of others which have the capability for rapid, additional scaling. ACFTA offers the tantalising prospect of using South African assets to execute continental growth strategies. It is early days, and there are still significant speed bumps ahead, both in terms of the practicalities and politics of ACFTA, and the internal challenges in South Africa, the continent's second-largest economy.

South Africa faces numerous structural challenges. Advantages that were once obvious and unparalleled are now sometimes questionable and even an impediment to investment. The country is ostensibly the most advanced and industrialised on the continent, yet citizens and industry would find that claim increasingly difficult to square with growing consequences of inadequate investment in critical infrastructure. Electricity is the biggest elephant in the room, with the country experiencing chronic instability in the grid. Eskom, the state energy utility has by far the largest generation capacity on the continent, producing about 90% of South Africa's generation, which in turn is equivalent to about 30% of the continent's entire consumption. However, Eskom's coal fleet is struggling. About a third of it is near its end of life, while the two new stations, Medupi and Kusile, which are among the world's biggest coal stations, are beset with problems and as a result, are significantly behind schedule in terms of their energy availability. It is a situation that is unnerving investors.

On its own, is a significant deterrent to investment, especially since there is policy paralysis about new generation capacity. The country has other impediments.

Water availability is nearing a crisis which is also exacerbating the tension inherent in the trade-off between industry and social needs. The logistics infrastructure remains under growing strain. According to media outlet Fin24, South Africa's National Treasury recently reported that the average turnaround time at the Durban harbour, the country's largest, is three times longer than at other large ports around the world. The cost of exporting a 20-foot container from Cape Town is more than double the average for high-income economies. Compounding these challenges is the fact that these network industries are state-owned monopolies, and protective regulations often prevent private companies from finding market solutions. For instance, the mining industry has long accepted that it should mitigate some of its electricity consumption through self-generation, but government regulations have prevented companies from doing so; the result has been a significant reduction in output.

Nonetheless, ACFTA represents a unique opportunity for South Africa, and presents multinationals looking to capture the promise of a market larger than India with strategic leverage. South Africa will have to decide if it wants to be an Africa opportunity or if it believes it can compete on the merits of its limited market. For instance, the country's immigration laws are at odds with companies that want to attract multinationals who are keen on the continent, and not just South Africa, and need the talent to reflect their continental strategies.

South Africa's foremost attraction going forward will be the extent to which it convinces companies that it represents the best foothold for a drive to capture the African market. In a sensible world, ACFTA would provide enough motivation. 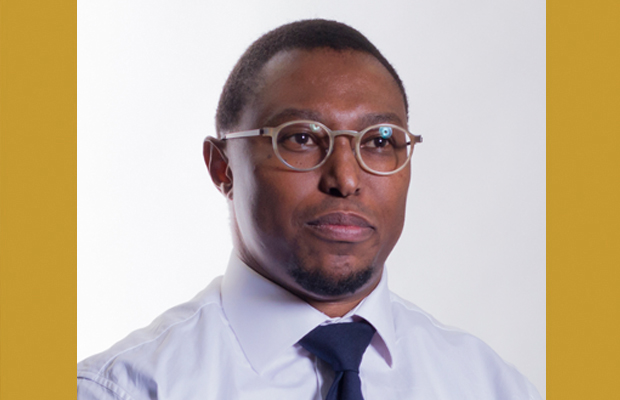 The question is whether by limiting rights, the spread of COVID-19 is kept to a minimum while balancing the urgent need for our economy to operate.

Mr Price not shopping for Jet

The value retailer has dismissed speculation that it could be poised to buy clothing retail chain Jet.

Retrenchments on the cards as Barloworld prepares for post-Covid reality

The industrial group says its Automotive and Logistics and Equipment southern Africa operations will be most affected by the job cuts.

Ingham Analytics issues a Trader note entitled "Illusory value'which tackles the topic of Prosus and by extension Naspers and Tencent.

THE U.S. E-2 VISA - THE QUICKEST ROUTE TO LIVING AND WORKING IN AMERICA

Many South Africans are motivated to immigrate to the U.S. and are prepared to invest a significant sum of money, but are not prepared to wait...

The life assurer says many of its agents have been unable to sell policies, impacting productivity and new business acquisition over the past two months.

Dealings in securities by a Director of ARM

The question is whether by limiting rights, the spread of COVID-19 is kept to a minimum while balancing the urgent need for our economy to operate.