Africa is often portrayed by the media as underdeveloped, unsafe and an economic backwater. A simplistic and stereotypical view has been created and it is no surprise that some companies are still sceptical about investing in Africa, whether in tangible or intangible assets. In addition to crime and corruption, which although a reality, occurs globally, poor infrastructure in some African countries leads to further disinclination to invest, resulting in Africa being overlooked.

When deciding where to invest, one may be surprised to learn that Africa is a gem with a booming economy. With 54 countries, it is the second largest continent in the world and has a population of roughly 1.2 billion. The IMF declared Africa the world's second-fastest growing region, with Ghana projected to have an economic growth rate of 8.79% in 2019. Rwanda is projected to grow at 7.8%, Ethiopia at 7.7% and Côte d'Ivoire at 7.4%. Africa's average GDP growth has consistently outpaced the global average and, according to the World Economic Forum, within the next 16 years, the world's fastest growing cities are going to be in Africa.

Africa is a powerhouse when it comes to natural resources. It has roughly half the world's stock of manganese, which is used primarily as an alloy in steel production. The Democratic Republic of the Congo possesses half of the world's cobalt. Ghana is the world's second biggest producer of cocoa and, with the discovery of new oil fields, it could become one of the biggest oil producers in sub-Saharan Africa. Five of the top oil producing countries are based in Africa, not to mention the massive gas field discovered off the coast of South Africa, which may hold more than one billion barrels of total resources of gas and condensate.

Further untapped potential for sustainable economic growth lies in the use of the ocean's resources, more commonly known as the Blue economy. With 38 of the 54 African countries being coastal and most of the continent's trade being conducted by sea, the opportunities for economic growth are tremendous.

In sectors like energy, agriculture, water and mineral-processing, there are great investment opportunities available. According to the World Economic Forum, agriculture is projected to be a $1 trillion industry in Sub-Saharan Africa by 2030.

Lastly, and perhaps one of the most impressive and promising sectors which remains a key focus area for many companies, is the financial sector. According to Forbes, sub-Saharan Africa is one of the fastest-growing investment zones for financial technology firms. For example, Kenya launched its successful mobile banking service in 2007. This allows its users to store and transfer money through their mobile phones, which makes transactions easier, safer and more accessible. In comparison, a similar concept, Apple Pay, was only launched in the US in 2014.

Financial technology, or Fintech, has made banking not only easier, but has created partnership opportunities between mobile-network operators and banks. Africa is in a prime position when it comes to blockchain technology and, should it embrace blockchain, it will benefit the most. Financial inclusion is driving the population towards being banked and for that reason, blockchain technology and cryptocurrency are things investors should keep an eye on.

Against this backdrop, companies have begun to realise that intangible assets such as intellectual property can be worth more than tangible assets. In addition to representing a significant portion of the value of a company, IP rights become even more valuable through registration, licensing and litigation. Almost every company has valuable IP that must be protected, and key factors to take into consideration are where to invest and how best to protect their IP.

Once a company has made the decision to invest in intangible assets, how can they protect their IP? There are different systems in place in Africa. In an attempt to facilitate IP protection, many African countries have formed regional systems whereby a single application provides protection in multiple countries. There are two regional systems, OAPI and ARIPO; each system has different member countries.

It is essential for companies to protect their IP to ensure future profits and increase company value. However, in order to reap the benefits of this powerhouse, companies must be pragmatic and astute when it comes to Africa. What works in one country may not work in another. Among the countries that have not joined the regional systems are Ethiopia, Nigeria and South Africa. Furthermore, some African countries are not members of the Patent Cooperation Treaty (PCT) which means that patent protection, for example, can only be obtained through a national filing.

While IP protection in Africa is complex and difficult to navigate, it is possible. Many of ARIPO's member countries are former British colonies. It is based on the English common law system, and enforcement - which may be cause for concern - while challenging, is possible.

Africa continues to be seen as a sleeping giant, however, I do not believe this to be the case. The giant is slowly waking, gearing up to become a major global player and should be neither underestimated nor overlooked.

Janet Tomkow-Coetzer is a Director of Galloway & Co. 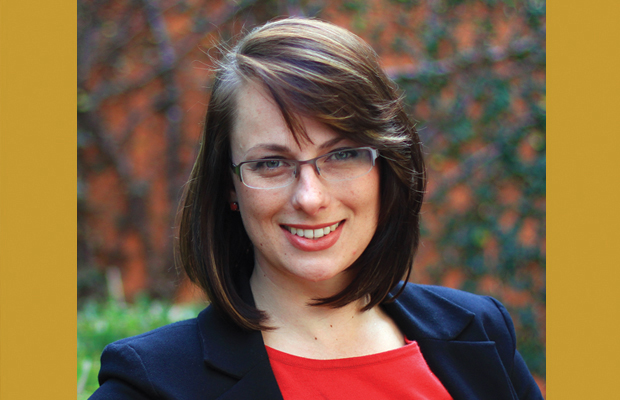