For decades, progress towards the integration of world economies and the establishment of a global economic market has been a feature of the times. Nations have moved away from unquestioning reliance on protectionist measures to embracing liberal trade and investment regimes in an effort to expand their economies and exploit global markets. Opening up national markets to foreign competition has resulted in the increased integration of markets for goods, services and foreign direct investment (FDI). Overall, globalisation has contributed to economic growth in Africa.

For South Africa, FDI has been a crucial driver of economic development and a clear priority under the tenure of President Cyril Ramaphosa. However, the process of globalisation has been on the decline since the global financial crisis in 2008 and has not adequately regained momentum since then. Instead, we see a trend towards de-globalisation, which has been fuelled by the retreat from trade liberalisation by the United States and its ongoing trade-wars with China, coupled with the global return to protectionism. Now, COVID-19 threatens to accelerate this process. UNCTAD predicts that COVID-19 will affect global investment and result in a drastic drop of up to 40% in global FDI flows during 2020 and 2021.

In this context, it is likely that South Africa will struggle to attract the level of investment it requires to meet its post-COVID recovery needs. Despite the significant progress made by the government in its campaign to attract USD 100 billion of FDI by 2023, South Africa plunged into a recession earlier this year and was recently downgraded to "junk" status. This may affect the country's ability to attract FDI in a world where company valuations are at an all-time low.

The post-COVID-19 market is bound to precipitate distress, with numerous firms exiting the market and alarmingly high rates of retrenchment. On the one hand, it may be argued that there is a need to protect against the predatory buying-up of vulnerable firms during this time, and on the other, FDI remains at the core of revitalising the post-COVID economy.

FDI as a threat to national interests in unprecedented times

Globally, authorities are tightening restrictions and implementing barriers to foreign investments in a bid to protect industries that may be left vulnerable during these times. These measures are primarily aimed at increasing scrutiny towards inward FDI to prevent hostile acquisitions.

By way of example, the European Commission (EC) has issued Guidelines to member states to protect EU companies and critical assets, including healthcare-related firms. The Guidelines call on member states to make full use of their national FDI screening mechanisms, if already in place, to protect against hostile takeovers of Europe's strategic assets. The Guidelines also encourage members that have not adopted any FDI screening regimes to do so.

The Canadian Government has released a policy statement on foreign investment review and COVID-19. In an effort to protect the health and safety of Canadians and to maintain economic stability, the government will subject inward FDI to enhanced scrutiny under the Investment Canada Act. The government will scrutinise incoming investments in businesses related to public health or the supply of critical goods and services to Canadians or the government, regardless of the value of the transaction or the proposed control structure.

Equally, the Australian Government has announced temporary amendments to its foreign investment review framework to require that certain foreign investments obtain approval from the Foreign Investment Review Board, irrespective of the value of the transaction or nature of the investor.

In South Africa, no new COVID-specific measures have been announced that mirror those described above. However, the president recently signed the Competition Amendment Act into law, which introduces a foreign investment review regime. In terms of this amendment, foreign firms that seek to acquire businesses or assets in sectors that are designated as strategically important to South Africa's national security interests, may come under review. To this end, the president will establish a committee charged with considering whether transactions involving a foreign acquiring firm have an adverse effect on the national security interests of the Republic. Put differently, the committee will possess the authority to block proposed acquisitions by foreign investors, where such acquisitions have been found to adversely affect national security interests.

The decline in economic activity has weakened South African entities, rendering acquisitions/takeovers by foreign investors ripe for the taking. Since South Africa's FDI-screening mechanism has not yet been formally implemented, it is likely that potentially controversial transactions by opportunistic foreign investors will face increased scrutiny by the competition authority, which has thus far been performing this function on "public interest" grounds.

Put differently and until this committee is convened and is up and running, it is likely that the Competition Commission will perform the function of assessing, within the four corners of its mandate, the public interest implications of COVID-19 motivated acquisitions.

There is no doubt that COVID-19 will give rise to a conflict between the need for FDI, on the one hand, and the need to protect the most vulnerable sectors of the economy from predatory acquisitions, on the other. The Competition Authority is likely to take the view that the benefits of FDI cannot be at the expense of the economy and the public interest that the Competition Act seeks to protect. Having said that, an overly stringent approach will likely adversely impact the country's attractiveness as an investment destination at a critical time in the economy's recovery, inadvertently undermining the public interest sought to be protected. A careful balance should therefore be struck, erring on the side of bolstering the economy to the fullest extent to ensure optimization of the recovery phase. 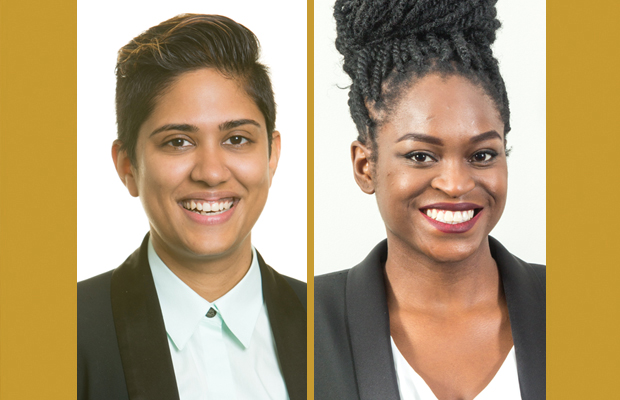 Description: Many companies may be trading in insolvent circumstances, potentially in contravention of the Companies Act 71 of 2008 (Act).

The investment group said it is confident that a recapitalisation on top of steps taken by management will support the struggling fashion chain.

Rolling in the Deep...

It seems an eternity since West Texas Intermediate (WTI) May Futures traded at minus $40/bbl.

The restaurant group says the board of GBK is reviewing options available to the business after it cut off further financial assistance.

The cement producer is negotiating a more sustainable structure for debt in the DRC and may pursue a rights issue.

Description: Many companies may be trading in insolvent circumstances, potentially in contravention of the Companies Act 71 of 2008 (Act).