It is every transaction adviser's challenge to mitigate those risks for his or her client in a cost-effective way which is palatable to the other side. Solutions could be as simple as negotiating a put option, waiver or penalty for particular scenarios.

Generally, a put option to exit an asset at a formula price is a valuable right which may be difficult to negotiate. However, where the option grantor believes the asset value is growing rapidly, and the option holder simply requires downside protection of an exit at the entry price (perhaps less a share of transaction costs), it may be easier than anticipated. Apparently, that is what one Steinhoff investor negotiated when swapping for PSG shares, while his namesake's trust litigates to recover the difference between a Steinhoff entry share price at which it swapped out and the true market value of a Steinhoff share value of about 2% of the entry price. Of course, hindsight is always 20/20.

A key aspect of any put option is obviously the nature and identity of the counterparty granting the option. Generally, you don't want the issuer company as the (only) counterparty, as exercise of the option gives rise to a repurchase. That has its own execution risks including potential expert reports and solvency and liquidity issues. For example, the board of a listed company faced with the exercise of such an option (which it had granted under a black economic empowerment deal) at an entry price of more than double the current listed price, is in an awkward position when considering the necessary corporate actions required to implement the repurchase.

A waiver (such as a waiver of an expert report) can be a useful tool, but its legal limitations must be clearly understood. In principle, a right or benefit conferred upon a party by law can be waived by that party (as beneficiary), provided that the waiver is not against the public interest and that any other beneficiary also waives.

These principles can be illustrated by two simple, if extreme, examples. The holder of a specific pre-emptive right to be offered shares upon sale may waive that right - there is no public interest or other beneficiary who is negatively implicated. In contrast, the right to require that a notifiable merger is approved by competition authorities cannot be waived by all the transaction parties (even including employees/trade unions) as it is a matter of public interest that mergers which substantially lessen competition are either not approved or are only approved with conditions attached.

What of a waiver of an independent expert report in respect of a repurchase? Arguably the beneficiaries include the seller (who is prejudiced by too low a price) and the other shareholders and the company, each of which are prejudiced if the price is too high. However, provided those beneficiaries waive, a waiver is valid as these Companies Act provisions are not for the benefit of creditors or the general public. Specificity is important. A blanket waiver by shareholders of all expert reports which might ever be required in respect of any fundamental transaction would almost certainly be found to be against the public interest, not least because the Companies Act is quite specific about the particular sections in respect of which a company may opt in or out, in its memorandum of incorporation.

A penalty clause entitles one party to receive something of value (usually cash) if a defined event occurs, usually linked to non-performance or partial performance by another party. A break fee (generally limited to 1%) of the takeover price, paid by the target to an unsuccessful bidder if a superior counterbid is ultimately successful, is a well-known example. However, there are others; for example, a penalty may be payable by the holding company of a shareholder giving an irrevocable, if the holding company fails to procure the necessary steps to give effect to the irrevocable. Compensation for transaction costs may be variable, depending upon specific outcomes, which are elements of a transaction, on the basis that a paying party could influence or control those elements.

Penalty clauses are especially useful in circumstances where particular risks exist; for example, the risk of incurring significant time and/or costs in damage quantification. The risk of an early exit may be disincentivised by applying a substantial discount to a put option, which reduces annually over time. Caution must be exercised when considering the amount of any penalty. In terms of the Conventional Penalties Act, if it appears to a court that such penalty is out of proportion to the prejudice suffered by the claimant, the court may reduce the penalty to such extent as it may consider equitable in the circumstances.

Thompson is a Director and Regional Head and Motloung is an Associate in Corporate and Commercial with Cliffe Dekker Hofmeyr, Cape Town. 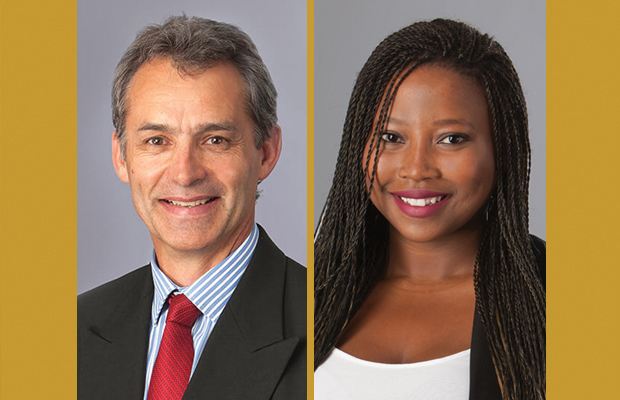 The group will pay out 92 percent of headline earnings to shareholders after rising iron ore prices boosted earnings.

The mining group says unless the virus is contained by the end of March it could affect global commodities demand.

Write-downs push Glencore into a loss

The commodities producer and trader impaired some of its assets following a decline in commodity prices.