News Home / DealMakers / Thorts – The anatomy of a ‘lawless’ acquisition

Thorts – The anatomy of a ‘lawless’ acquisition

Thorts – The anatomy of a ‘lawless’ acquisition

It is no secret that FinTech is growing at breakneck speed in Africa, at pace with over 60% growth in the past two years. The FinTech space attracted US$132.8m of investors' money in 2018. Although the biggest markets are South Africa, Nigeria and Kenya, the current magic is happening in Ghana and in other 'next-big-thing' countries. FinTech is the Wild West of Ghana's booming economy. And it is 'lawless' territory. For a long time, there was little regulation. One simply partnered up with a (regulated) commercial bank, and you were good to go. It is only recently that the lawman has caught up. It was in this legal desert that we advised on an acquisition of a FinTech company.

As an example, in H2 2018, the Ghanaian shareholder of Ace Corp (Ace) was looking to sell his 100% share to a foreign company, Acme Inc. (Acme). Acme was registered in the Cayman Islands. The deal was plain vanilla. No caiman-infested legal bogs. The issues involved foreign-equity rules, taxes, transfer of workers and filings with the relevant government agencies. No FinTech regulator to 'aggravate' the parties. Just the legal desert. Nothing to see here... except the (usual) aggressive closing date. But the lack of FinTech-specific regulations quickly became the main challenge in the deal.

When Acme learnt that Ace was not a registered payments system provider (PSP), it wanted to walk away from the deal. Then it discovered that this was no lapse. There was just no registration system in place for PSPs. No regulation for payment streams such as electronic money, electronic platforms and payment systems. Deal back on. The parties could have shouted "joy!" and signed along the dotted line, but a bill had been put before parliament. It would bring the gunslingers of the FinTech gold rush under a new and powerful regime and lawman. It was expected to pass into law in mid-2019. The Ace-Acme deal was closing in December 2018 (when the post-deal company would be unregulated). And then, boom, the new law would hit Acme Ghana.

We set out advising on the prevailing law, but our work quickly turned into hybrid advice - looking partly at the scant available law, and partly into a crystal ball. The central bank was the new lawman coming to town. So we spent significant time with its officials, debating the coming law and gauging their interpretation of important provisions. It was a little bit of fun. And it foretold a little bit of the 'aggravation' the regulator would cause FinTech companies.

The deal was done; structured on the prevailing law, but flexible enough to embrace the coming law. The client gave over his 100% stake in Ace to Acme. In exchange, Acme issued an agreed number of its shares to our client. And the Ghanaian company was renamed "Acme Ghana". Handshakes and champagne!

So what were some of the rules in the crystal ball (which Acme Ghana would have to comply with in no time)?

The view from the crystal ball ruffled the scales of the deal a bit. Acme was buying all the shares in Ace. However, in a short while (nine months after the 'FinTech' bill became law) Acme would be compelled to relinquish 30% of its shares to a Ghanaian national. The outgoing shareholder expressed an interest in being that future 30% shareholder. Purchase price adjusted; number of Cayman Island shares adjusted. More handshakes. More champagne.

The primary existing law on foreign investment, generally, also cast its influence on the deal. A foreign shareholder of a company incorporated in Ghana is required to inject a specified minimum amount of money, in cash or in kind or a mix of both, as its capital contribution to the company before the company can operate. Being the sole shareholder of Acme Ghana, Acme had to inject at least US$500,000 into Acme Ghana as capital. This was different from (and had nothing to do with) the price paid for the shares. And it got more complicated. Under the coming 'FinTech' law, the regulator would have the power to set a mandatory minimum capital requirement for PSPs, which could compel Acme to put even more money into Acme Ghana. The deal was done in December 2018, and the new 'FinTech' law passed five months later. By February 2020, Acme Ghana must be compliant with the new law.

David A. Asiedu is a Partner, ENSafrica Ghana. 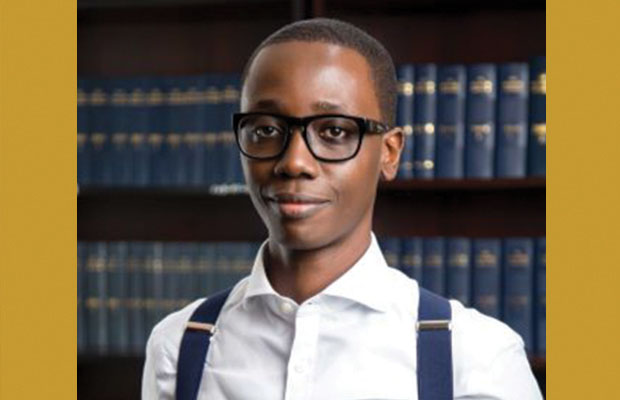 The food and casino investment group will dish out the proceeds from the Burger King sale to shareholders as a special dividend.

The gold and platinum producer is confident it can continue reducing debt after a strike disrupted its operations early last year.

Bidcorp adds coronavirus to its challenges

The global food services group says the unfolding coronavirus pandemic is likely to impact growth prospects in the months ahead.