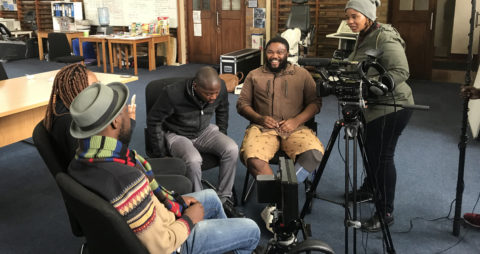 CPUT students and lecturers complain that the increase in VAT hurts the people who are working hardest. The government should be creating JOBS and not just "chilling with the same old people". What happened to transformation? And when are younger people going to be given decision-making positions in government?


This film was produced by:

Street Talk is a groundbreaking television series aired weekly on community television. From grassroots to the establishment, our engaging programmes expose the lived realities and uncensored views of ordinary South Africans. DM

Street Talk was launched in 2008 and is a non-profit organisation - visit www.streettalktv.com