‘Avengers’ assemble at top of the box office

‘Avengers’ assemble at top of the box office

It was a record-breaking weekend for the North American box office as "Avengers: Infinity War" steamrolled the competition with heroic takings of $250 million, industry estimates showed on Sunday.

The latest Marvel big-hitter after the breakout success of "Black Panther," "Avengers" sees a string of superheroes pitch in to save the universe from powerful purple alien Thanos (Josh Brolin).

Also back for more are the Black Panther, Captain America, the Hulk, Spider-Man and Hawkeye, as well as the Guardians of the Galaxy and their assorted allies. Globally, "Avengers" - the third film in the "Avengers" saga and the 19th in the Marvel Cinematic Universe franchise - also broke records, clinching the highest worldwide opening of all time with a dizzying $630 million.

At US and Canadian box offices, sci-fi horror "A Quiet Place" came in at second - but posed no threat whatsoever to the "Avengers" victory - earning $10.7 million in its fourth weekend. That brings total takings to $148 million for Paramount's near-wordless production, which stars actor/director John Krasinski and real-life wife Emily Blunt as a couple silently struggling to protect their family from blind aliens that track their prey by sound.

Third place, earning $8.1 million, went to "I Feel Pretty," an Amy Schumer film about a self-conscious woman who suffers a head injury and subsequently sees herself as beautiful. Last week's number two, "Rampage," dropped into fourth place, earning $7.1 million for a total of $77.9 million in three weeks. The film follows Dwayne (The Rock) Johnson as a primatologist who befriends an albino gorilla - which grows to enormous size after a rogue experiment before teaming up with Johnson against invading monsters.

Fifth place saw a resurgence of "Black Panther" into the top five, up from eighth place last week. After 11 weeks in theaters, the superhero smash hit starring Chadwick Boseman as T'Challa, king of the African utopia of Wakanda, took $4.3 million - bringing its total earnings to a mind-boggling $688 million. 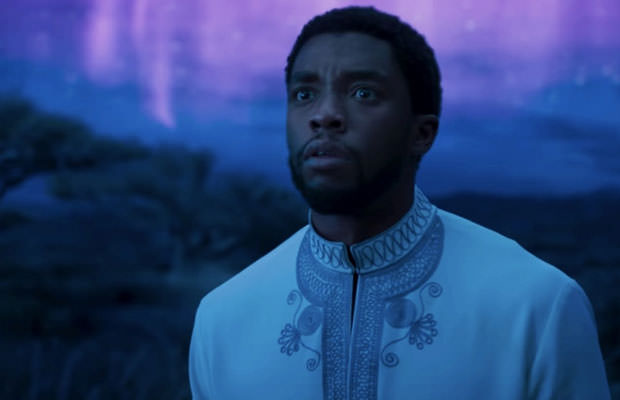