Bitcoin is becoming increasingly recognised as a store of value and is often referred to as digital gold. Let's consider Bitcoin and gold, both of which have the following characteristics in common:
1.Value from scarcity: There is a finite amount of both gold and Bitcoin. The amount of gold that has yet to be mined is estimated to fill two 50-metre swimming pools. The total amount of Bitcoin still to be issued is pegged at 21 million.
2.Cannot be forged: Gold cannot be created artificially. Similarly, the blockchain will recognize fake information if someone tries to forge Bitcoin.
3.Can be divided: Gold retains its value whether it's in large bars or smaller denominations, such as Kruger Rands. Bitcoin can be divided up to 8 decimal places while maintaining its value and can be used for value exchange. One eighth of a Bitcoin is known as one "satoshi".
4.Cost of mining: Mining gold incurs considerable costs while mining new Bitcoin comes with the cost of electricity and capital investment for the hardware required to run the proof of work algorithm.
5.Durability: While prices fluctuate, neither Bitcoin nor gold will decay or deteriorate in storage making them both effective for storing value. 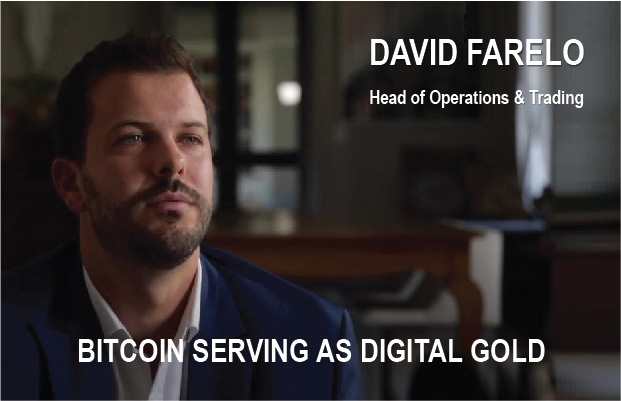 While Bitcoin is still a relatively young asset, there is debate as to whether it is a store of value like gold or merely a medium of exchange.

What became apparent during the Coronavirus pandemic, allied with the pressure on the U.S. dollar, was the flow of funds from institutions into Bitcoin, seemingly looking for a safe haven and diversification from equities, bond markets and pre-existing positions in gold, all of which may have been maxed out. At this point in time, we expect to see traditional financial institutions treating Bitcoin more like gold.
Look out for the upcoming articles on Bitcoin Mining and Bitcoin Halving to get a getter feel for how the supply and demand for this asset class is managed.
Disclaimer: This article does not constitute financial advice. While the author and his firms are regulated by the FSCA, cryptocurrencies are not a regulated investment. Please refer to CURRENCY HUB https://currencyhub.co.za/ a juristic representative of BLACK ONYX (FSP 47701) https://blackonyx.co.za/ for more information.

Core quarterly earnings from its local PGM operations came in higher than the cost of buying them.

The South Deep mine in South Africa was affected by the second wave of the pandemic while Cerro Corona in Peru was impacted by unusually wet...

The pulp and paper producer expects quarterly earnings to continue recovering from the impact of Covid-19.

Karooooo keeps up the momentum despite Covid-19

The holding company for vehicle telematics group Cartrack has presented its first results since its Nasdaq listing.