News Home / South Africa / Business Maverick: The spectre of stagflation is haunting South Africa and the alternative is also scary

Business Maverick: The spectre of stagflation is haunting South Africa and the alternative is also scary

Business Maverick: The spectre of stagflation is haunting South Africa and the alternative is also scary 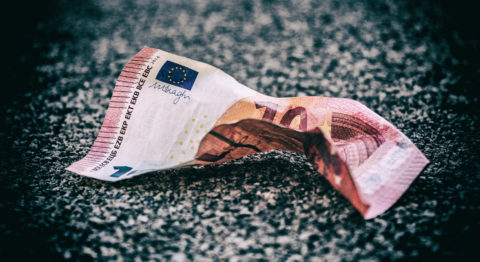 South Africa's economy does not have a lot in its favour at the moment. Relatively moderate inflation in recent years has been one of the few bright spots. Even this has been a mixed blessing as it partly stems from subdued demand. This could change soon, with price pressures unrelated to consumption building in the economy. Against the backdrop of anaemic growth and sky-high unemployment, this could unleash the spectre of stagflation. And if prices do remain subdued, it is only because of the dire state of the economy.

An economy can weather a lot of storms, but stagflation can hit it like a tsunami. The concept broadly refers to a state of affairs where the economy is barely growing or contracting, jobless rates are high and inflation - which should be subdued in such an environment, according to classical economic theory - accelerates rapidly.

The damage wrought is enormous and will put paid to any attempts to reduce poverty, unemployment and inequality.

South Africa is clearly burdened by two of the trio of ingredients that add up to stagflation. Economic growth in 2018 was a paltry 0.8%, lagging population growth, so on a per capita level we are all poorer. In its 2019 budget, the Treasury projected 1.5% growth this year.

This is probably optimistic given the threat posed by load shedding and potential ratings downgrades, among other things.

The jobless numbers are even worse and speak to an unfolding national tragedy. The official rate is 27.5%. In reality, virtually any economist you speak to will tell you that it exceeds 40%. Anyone who doesn't think it's at those levels has never stopped at a traffic light.

To put the sheer scale of the scourge in perspective, when the United Kingdom was snagged by stagflation in the mid-1970s, unemployment rose to 6% from around 3%. (The UK central bank's forecasts for a no-deal Brexit is basically for a return to stagflation, giving Brexiters their wish one supposes - a return to the good old 1970s).

With this backdrop, one would expect inflation to be nothing but moderate, perhaps even dis-inflationary. But pressures are building in the price pipeline. On Thursday, Statistics South Africa released producer price data for March.

It showed the main producer price index - effectively, a gauge of factory-gate prices - quickening to 6.2% on an annual basis from 4.7% in February. That exceeded a Reuters' consensus forecast of 5.4%, meaning the number took most economists and the markets by surprise.

Renewed rand weakness, combined with surging oil prices, were the main drivers, according to analysts. "The rand price of oil is rearing its ugly head," said George Glynos, director at ETM Analytics. Another hefty petrol price hike is expected at the pumps in May.

The main measure of consumer inflation, CPI, was 4.5% in March, up from 4.1% the previous month, so it is also bubbling. This does not mean it will come to a boil. Higher producer prices may not automatically get passed onto consumers, in large part because of the bearish factors weighing on prices in the first place.

"This makes it almost impossible to pass on those increases without losing market share. " This means that producers have to find ways to trim costs and boost productivity. Most obviously, this can include job cuts - something the economy clearly does not need.

Other scenarios are plausible. Oil prices could spike further while the rand could maintain its downward spiral owing to political uncertainty after the May election, another credit ratings downgrade, or a fresh round of power outages. This could make it difficult to contain consumer inflation even with growth-throttling rate hikes by the central bank.

When would we tip into stagflation? Take your pick - inflation of 7%, 8%, whatever - a considerable acceleration from current levels would probably do the trick.

The flip side is that the only thing preventing inflation from heating up is an economy that is on life support. Either way you look at it, the omens are not good.