Analysis of Q1-Q3 merger and acquisition data collected by DealMakers AFRICA (excluding South Africa) shows the total value of deals at US$8,1 billion for the period - up $1,7 billion on H1 numbers. If foreign deals are excluded (foreign deals are recorded when a company being acquired is based in a non-African country but has subsidiaries or assets in one or more African countries), the value drops to $7,54 billion from 334 deals.

By region, the most active was West Africa with 100 deals, of which 63 were recorded in Nigeria with a value of $230 million. East Africa recorded 93 deals with Kenya, unsurprisingly, the most active with 53 deals. By value, North Africa led the tables at $2,8 billion off 54 deals; Egypt led the region with $2,65 billion off 38 deals. The list of top ten deals by value for Q1-Q3 2020 reveals that five deals during the period July to end September made the list. The top two, by value, were the disposal by Cairn Energy of its stake in the Sangomar Offshore Contract Area in Senegal - valued at $300 million - and the disposal by Total Gabon of 7 mature, non-operated offshore fields to Perenco - valued at c.$290 million.

The private equity deals included in the regional numbers, of which the values are, for the most part, undisclosed, were most prominent in Nigeria (35 deals) followed by Kenya (27). Investments were mainly in the tech space and across diverse sectors. 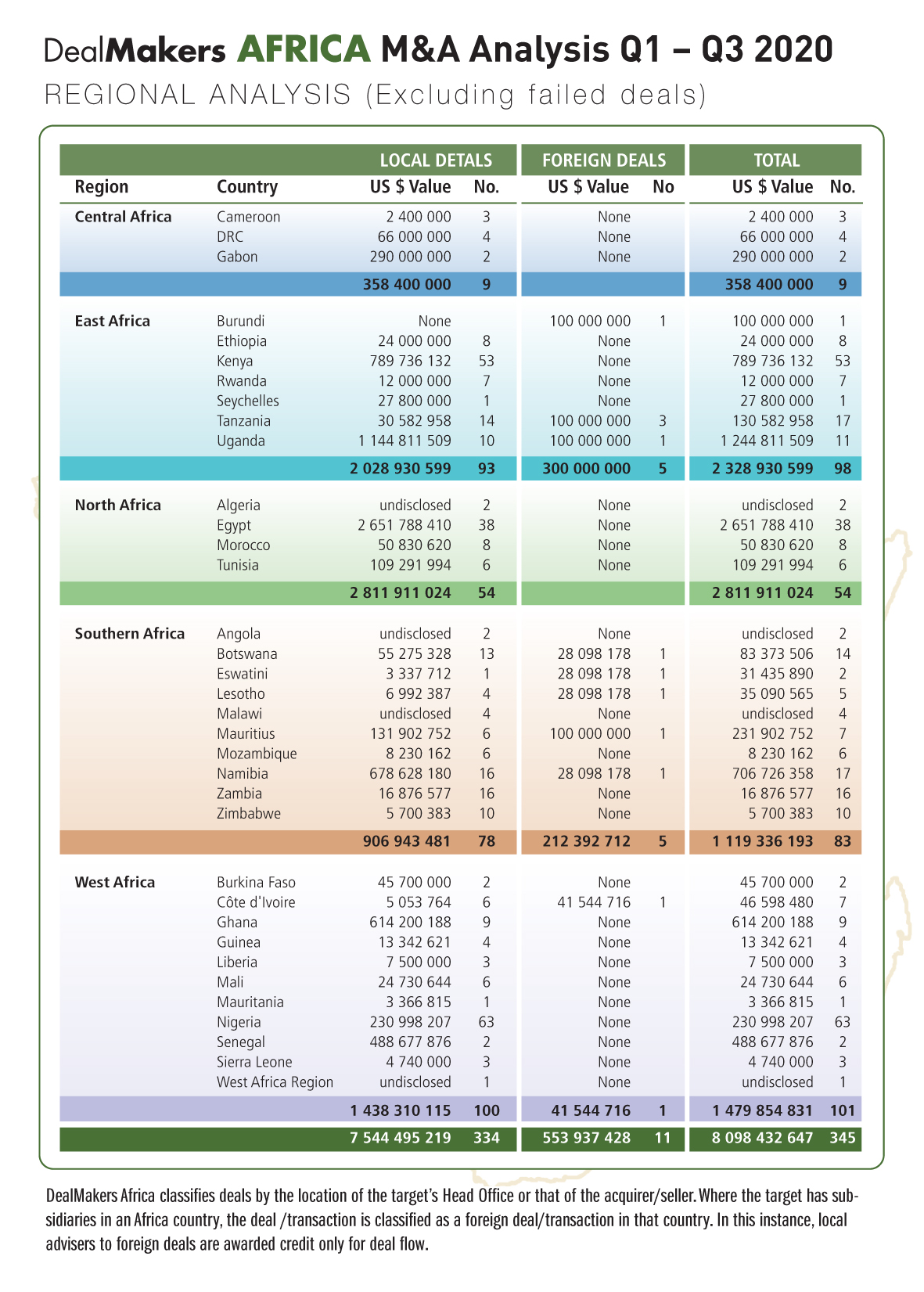