Quarter 1, traditionally a relatively quiet quarter, saw 91 deals announced in the first three months of 2021, valued at R83,6 billion. Seven of these, with a total value of R4,3 billion, were by foreign companies with a secondary listing on one of the local exchanges. Unsurprisingly, BEE deals ground almost to a halt with just two announced in the listed company space. The growing presence of private equity activity in mergers and acquisitions in South Africa continued, with DealMakers recording a total of 29 transactions announced for the quarter. In 2014, the total number of PE deals announced for the year was 40; in 2020, this had risen to 128 transactions, with almost 70% of those announced in the unlisted M&A arena. With dry powder at record levels, this trend is set to continue.

Drilling down into the quarter's numbers of the 84 local deals, 26% of the target companies were in the property sector, followed by technology (16%), mining and financial services (11% each) and retail (6%).

Of the top transactions by value in the general corporate finance space during Q1, Prosus takes the top three spots with its off-market acquisition of an 8.18% stake in the European multinational online food-delivery service, Delivery Hero, valued at US$2,2 billion; the open market acquisition of Naspers shares (R27,18 billion); and the general repurchase of Prosus shares (€764,59 million). Northam Platinum also featured significantly during the quarter, with the unbundling to shareholders by Zambezi Platinum of its shares in Northam Platinum (R7,6 billion) and the unwind of Northam's 2015 Zambezi BEE transaction (R3,5 billion).

League tables by DealMakers of M&A and general corporate finance (GCF) activity of the top South African advisory firms (in relation to exchange-listed companies) is reflected below. The results are in respect of the first three months of 2021.

Analysis and rankings (below) by DealMakers of M&A activity by the top South African advisory firms (in relation to exchange-listed companies) for Q1 2021. 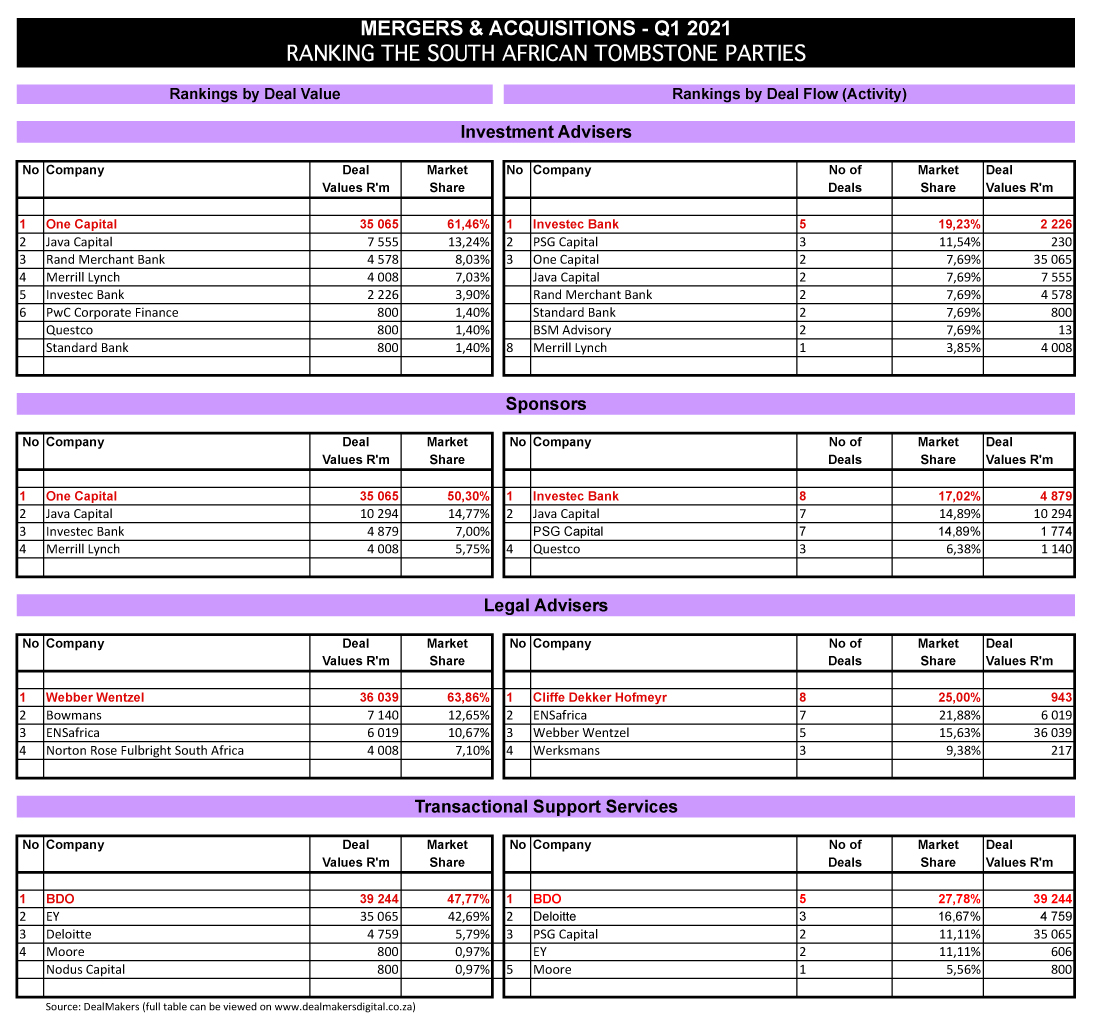 Advisory firms ranking in activities of general corporate finance for Q1 2021 are as follows: 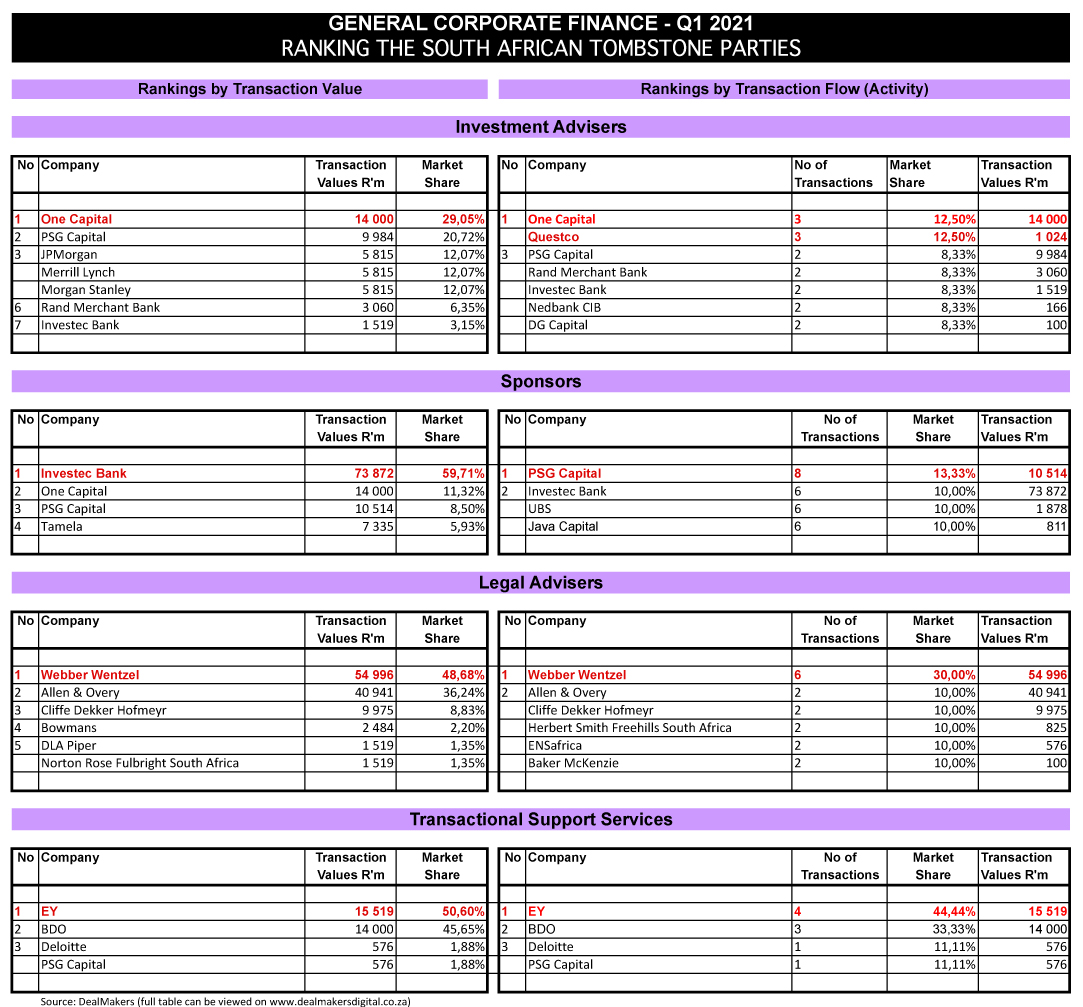 The latest magazine can be accessed as a free-to-read publication at www.dealmakersdigital.co.za