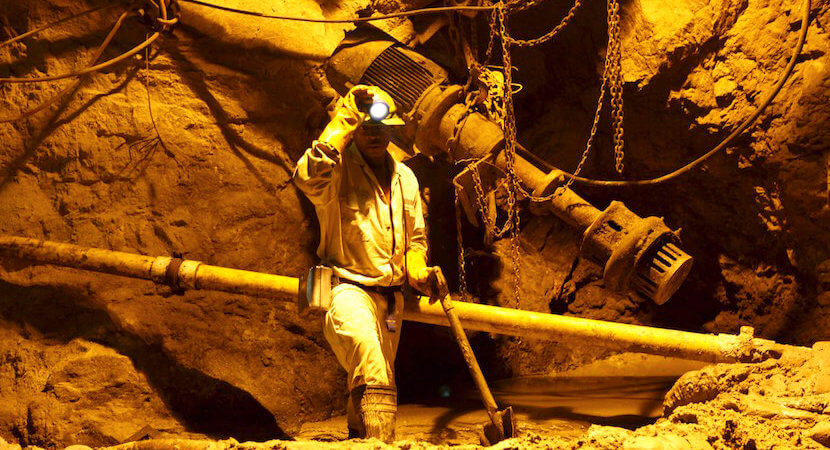 More than one in 10 gold mining jobs in South Africa may disappear after Sibanye Gold announced it's joining AngloGold Ashanti in looking to close unprofitable shafts to stem losses.

Sibanye may cut 7,400 jobs as it prepares to close its Cooke and Beatrix West operations, which account for about 16 percent of its planned gold production, the Westonaria, South Africa-based company said Thursday in a statement. Added to AngloGold's planned 8,500 job cuts, that means about 14 percent of the country's gold-mine workers are at risk.

South Africa produced more gold than any other country for a century until 2007 but depleted reserves and rising costs have meant production and jobs have tumbled since the industry's heydays of the 1970s and 1980s. The country's aging gold mines are the deepest in the world and generally rely on labor-intensive, low-tech extraction methods.

Even so, precious metals are still South Africa's biggest export and the mines provide employment to low-skilled workers in areas with few alternatives. The country entered a recession earlier this year and unemployment stands at 28 percent.

Like AngloGold, Sibanye said it took the decision after numerous unsuccessful attempts to contain losses at the affected operations and will explore all options, including selling the assets, before closing them.

"Losses experienced at these operations negatively affect group cash flow as well as the sustainability and economic viability of other operations in the southern Africa region," Sibanye said.

In addition to operational challenges, South Africa's miners have taken the government to court over its new Mining Charter, which requires more black ownership of assets and imposes a series of extra levies on the industry. The Chamber of Mines, which represents producers, says the charter may cost as many as 100,000 direct jobs.