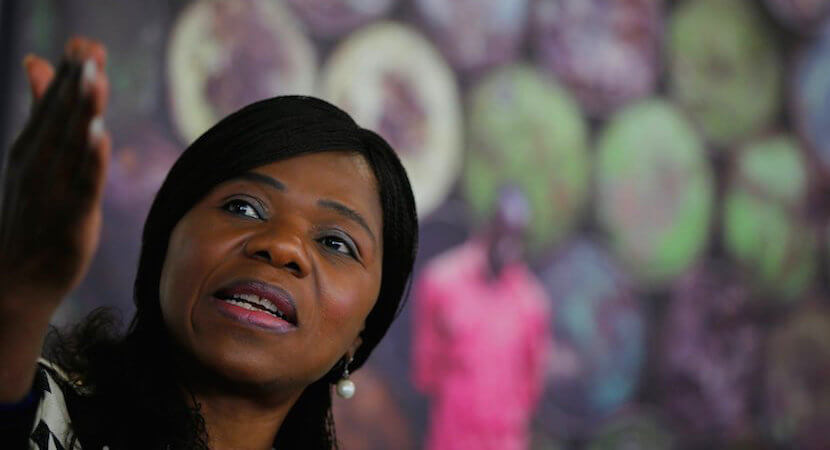 JOHANNESBURG -- Former Public Protector Thuli Madonsela has continually told the public that she won't run for President, but she's got all the characteristics needed. Her role as Public Protector shone the light on her but an interesting part of Madonsela's history is that she started out as a school teacher. The same as former United States President Barack Obama, who retired from his teaching job in 2004. Another key fact is that she helped draft the final constitution of South Africa. So it's no coincidence she fought so hard for the part of history she helped create. Madonsela, like former finance minister Pravin Gordhan, spoke publicly this week. She took aim at State Capture, and how failing to deal with it threatens our very democracy. Madonsela also spoke about the death threats she and her family received and those infamous spy rumours. One can only speculate that they may surface with the #GuptaLeaks emails floating about. - Stuart Lowman

Johannesburg - South Africans can still save democracy if they hold those mentioned in the Gupta leaks to account for their role in state capture, said former Public Protector Advocate Thuli Madonsela.

Madonsela was speaking at the Nedgroup Investment Summit in Sandton on Tuesday. She shared on her role in building democracy. She challenged South Africans to build the country they want and not to wallow in the challenges the country is facing.

She said that there are winds of change in the country, the #GuptaLeaks being one of them. "For me winds of change are about taking us back to the path of democracy we chose for ourselves."

The hope for freedom and social justice for all may have been derailed. The wrong doers must be called out and action must be demanded. "Those mentioned in the Gupta leaks need to be held to account," she said.

When the Panama Papers came out, people demanded answers. Similarly, South Africans should write to authorities, under PAIA (Promotion of Access to Information Act) asking those mentioned to categorically deny if those emails aren't theirs she said.

If they wrongfully deny it, they will be committing perjury and that is a crime, explained Madonsela. "If state capture is true, we have no democracy."

Madonsela said democracy promises people will live a normal life, with freedom and an improved standard of living. "In a democracy, we choose the least selfish among us to take care of our affairs and the most competent to run our affairs, ideally."

But sometimes democracy does not always pan out that way, as governments are still subject to failure, she said. This is why it is important for power to be given to people to hold government accountable.

Madonsela said people have disassociated with her due to political pressures. One particular company decided not to have Madonsela speak at a conference because of their relations with government.

She recalled that they said they would speak to her again after December, when the ANC elective conference is over. "What I like about them is that they were honest," said Madonsela.

Madonsela said there was an unspoken truth during her time as Public Protector, that there was a certain line she could not cross. "You can go far but not that far," she said.

Madonsela likened it to being part of the mafia, being able to take out the bad guys but never to touch the family. As a freedom fighter, Madonsela said she regarded people in government as family.

During the investigation for the Secure in comfort report, Madonsela said she received death threats and threatened attacks on her children. She also spoke on the allegations that she was a spy - there were three versions to that story. Madonsela said they were all lies and should not be dignified with the term "fake news".

What disappointed her was the one allegation government took seriously. The lie was that her handler was from the US and she was spying on African presidents to find out which one did not like America.

Madonsela poked fun at it, saying that the picture of her used on her CIA identification was the same profile picture on the Public Protector website. Further her real name was used, and she did not have an alias.

"Government discovered it by the way we all discovered it. A website popped up long enough for government to notice. It was up for four days. Within four days they announced the investigation."

Madonsela said the attacks on her integrity were a "snakes and ladder" game.

Madonsela concluded her address by telling South Africans not to hide or run away when disruptions creep up, but to create the future they want.