Shareholder activism has gradually been increasing in the last decade, and plays an important and relevant role in our corporate society.

Shareholders are leveraging their position by using various measures to influence how corporates are operating, often identifying something that may be prejudicial to shareholders, and trying to rectify such prejudice to the benefit of themselves and other shareholders. But are some activists occasionally using the guise of shareholder activism as a strategy to profit from certain corporate actions?

The rise in shareholder activism, and the methods employed by activist shareholders, can be ascribed to several factors¹. This article is, however, considering the use, by shareholders, of appraisal rights.

When a listed company intends to undertake a major corporate action, such as a scheme of arrangement, merger or disposal of all or a greater part of its assets or undertaking, section 164² of the Companies Act, No 71 of 2008 (Companies Act) provides a dissenting shareholder with a right to demand that the company repurchase its shares at the "fair value" thereof. The purpose of the appraisal right is to provide existing minority shareholders who have a limited say in company decisions, and who are opposed to a major corporate action, an opportunity to exit the company at a fair value. This right in the Companies Act provides an important remedy to minorities to counter unfairness3.

However, it has become apparent in recent years that appraisal activity in South Africa is on the rise, and that parties are exploiting appraisal rights as a mechanism to make short term opportunistic profits and squeeze more out of the corporate action.

The so-called "appraisal arbitrage" 4 refers to a situation whereby a party acquires shares, or existing shareholders increase their stake in a transacting or target company after an announcement by such company of the major corporate action, with the main or sole purpose of pursuing appraisal rights. This often comes with an appeal to other shareholders not to vote for the transaction and to join in the pursuit of the appraisal remedy.

When these parties buy shares after a transaction announcement, or pool shares of other minorities, they use appraisal rights in the hope of extracting a higher price by arguing that the price offered, or the trading price, is less than the "fair value" as contemplated in section 164. Where certain assets remain in the transacting company after a major disposal, section 164 effectively provides a mechanism for investors to exit the company at a potential premium. Because section 164 is a "no fault" remedy, these shareholders exploit appraisal arbitrage without the difficulty of having to prove any wrongdoing in connection with the transaction, or that they have been, or will be, prejudiced.

Furthermore, section 164 effectively allows an investor the period right up to the general meeting to acquire shares and exercise appraisal rights5 and, for the purposes of section 164, the "fair value" is to be determined as at the date on which the relevant resolution is adopted6. This gives prospective appraisal investors ample time to assess the market and industry conditions, and to make an assessment of the "fair value" much closer to the closing date of the transaction, compared to the time of the initial negotiations and agreement on the announced transaction price.

The use of appraisal arbitrage has, indirectly, already had, and will more so in future, a negative effect on corporate transactions, and will have an impact on the certainty of deals and the price paid7 .

Funds (especially the smaller funds) and other investors will continue exploiting appraisal arbitrage, and companies could face the risk of having to pay large awards or settlements in appraisal proceedings. This risk is amplified if the funding secured for the transaction is not sufficient to cater for such awards and/or settlements.

If calls for joining appraisal proceedings get traction, it may lead to the transaction not being approved by the required vote, even though the investors joining the appraisal proceeding would, in fact, like the deal to go through. For example, some appraisal investors (i.e. investors objecting and intending to vote against the applicable corporate action) will investigate on the day of the meeting how many proxies and letters of representation have been received, indicating votes against the corporate action. This will then determine how such appraisal shareholders will cast their vote - if it appears that the deal will not be approved, such shareholder will then adjust and vote in favour of the corporate action. By implication, these shareholders are saying they like the deal, and will still vote in favour of the deal if they see it may not go through, and the only reason for considering voting against it is to exploit appraisal arbitrage. This will lead to confusion and uncertainty.

Companies often include an appraisal right suspensive condition, but this may soon change to be more restrictive. For example, currently these conditions typically state that the deal will fail if more than 5/10/15% of shareholders vote against a transaction and exercise their appraisal rights8, but this may soon change to 1% or even less. This could provide an offeror or target company an out, and will accordingly create significant deal uncertainty.

Appraisal proceedings are time consuming, and result in the company incurring significant costs and expenses. The time delays and costs associated with appraisal arbitrage as the main aim, detract from the effectiveness of this minority protection provision.

Appraisal arbitrage could never have been the intention of the legislature when drafting section 164 of the Companies Act. Section 164 of the Companies Act is therefore open to abuse, and appraisal arbitrage is currently being exploited by opportunistic parties (shareholders), often under the guise of being "activist shareholders". The Department of Trade and Industry, and our courts, should take note of this and it should be considered whether amendment of the provisions of section 164 is necessary to bring the same in line with the spirit and intention thereof.

Hopefully, our courts will take cognisance of investors exploiting appraisal arbitrage and, until a suitable amendment is introduced, take a purposive approach when interpreting section 164 of the Companies Act. 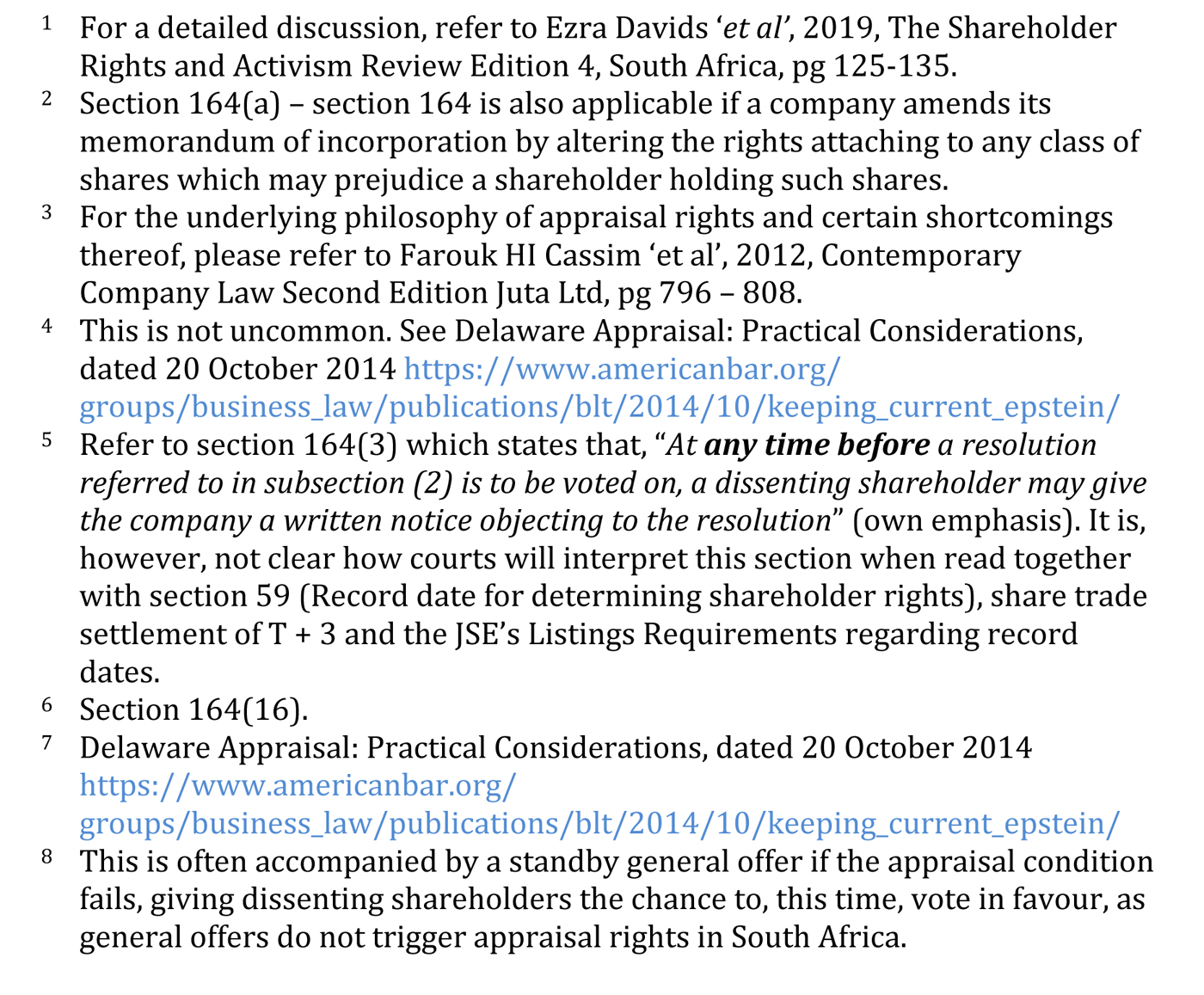 Rabie Small is a Corporate Financier at PSG Capital. 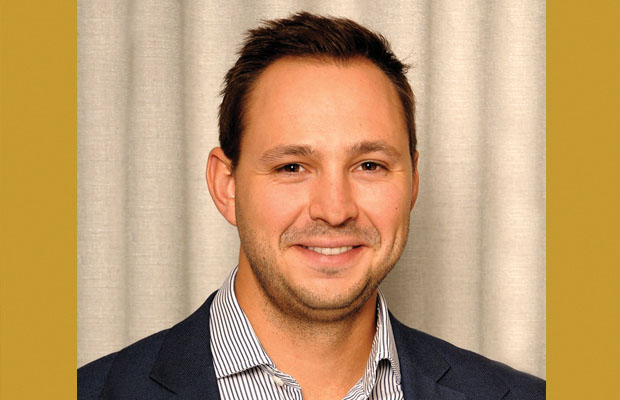