It's no secret that COVID-19 has had many ramifications, the one hardest felt being the economic impact of the virus. Predictions suggesting a 5-year recovery horizon for South Africa to reach pre-COVID-19 status may now take even longer, since the move back to level 3 towards the end of December.

In South Africa (and elsewhere), the poorest of the poor are most impacted, as less skilled jobs vanish into thin air, many unlikely to resurface anytime soon. The natural reaction of governments has been to support their citizens financially, to the extent possible. However, SA Inc was in dire financial difficulty pre-COVID-19 and, therefore, has limited funds on offer.

To fund aid to its citizens, SA Inc has relied on donations from the private sector and increased borrowings; the latter, of course, increasing the already heavy interest bill. The debt burden that will remain post COVID-19 will not easily be remedied, and future generations will suffer because of this legacy if the debt burden is not urgently reduced.

So, undoubtedly, one of the key focus areas for the South African government, heading into 2021, will be on the tax base - how to protect the existing tax base, how to find new ways to generate tax revenues and how to urgently stimulate growth, which should then lead to higher tax collections.

On the question of protecting the tax base, South Africa has various avenues to consider, such as instituting domestic legislation aimed at ensuring leakage is minimised, and participating in global initiatives, such as the Base Erosion and Profit Shifting (BEPS) initiative run by the Organisation for Economic Cooperation and Development (OECD). In addition, recommendations that impact both domestic law and international agreements - such as those that aim to prevent double taxation (DTA) - that South Africa concludes with other countries, can be instituted.

On the topic of domestic legislation aimed at combatting tax avoidance, some might argue that National Treasury may have taken things a bit too far, resulting in the inclusion of various anti-avoidance measures aimed at very specific transactions that are perceived as abusive, but in practice are having a far wider reach (which we can only assume was unintentional).

Examples of these outcomes were recently presented to National Treasury at workshops held to address the need to rectify anomalies in the Act, and to debate further anti-avoidance measures that are proposed. It has always been a fine balance, wanting to ensure that legislation is enacted that addresses the concerns of the regulator, but does not detract from investment.

South Africa's credit rating has been downgraded, which will automatically lead to higher debt costs. Raising funding from foreign investors is key to the future growth of this economy. Therefore, further regulating the tax treatment of these payments may not be appropriate at this time. One may argue that instead of introducing further measures to combat concerns around avoidance arrangements generally, National Treasury could use 2021 to address anomalies in the existing legislation to make sure that it catches only the mischief it was aimed at.

With regard to aligning South Africa with the BEPS initiative, some consolidation may also be appropriate. South Africa signed the multilateral instrument (MLI) on 7 June 2017. The MLI is intended to be a quick-fix way to renegotiate selected double tax agreements (DTA) to align with the BEPS outcomes.

However, the MLI is yet to progress through the channels that will allow it to come into force, more than three and a half years later. One of the most powerful aspects of the MLI is the newly introduced Principle Purpose Test (PPT), which, once in force, will apply to the majority of South Africa's DTAs.

The PPT is included to prevent 'DTA shopping', namely, establishing a presence in a third country through which to invest into South Africa, simply because that country has a more favourable DTA with South Africa. One may argue that South Africa does not need this extraordinary measure that comes with the MLI, as it already has powerful legislation in existence that could, if used appropriately, combat DTA shopping.

Dividends tax was introduced in February 2007, 14 years ago. I have never seen SARS challenge the rate at which tax is withheld on dividend payments to foreign shareholders through an audit of the beneficial ownership test. This is a test that exists in our domestic law, as well as in most of our DTAs, aimed at preventing treaty shopping by ensuring only the beneficial owner of the income stream in question qualifies for the DTA relief afforded.

Other countries examine this regularly, so it should be perfectly acceptable for South Africa to do so without undermining the validity of its DTA network. To me, this has always seemed like low-hanging fruit that remains unpicked. Moreover, having the MLI in place may make it that much easier for South Africa to challenge taxpayers on this basis.

Then, of course, there is the question of how to expand the tax base. I have two suggestions here - taxing the digital economy and also the informal economy.

Currently, South Africa taxes limited aspects of the digital economy through the value added tax system. Although SARS has indicated that it would prefer to align with the OECD initiatives on such matters, the OECD process to develop a single set of rules to be used globally is taking longer than anticipated. There are also concerns that the current OECD approach would not benefit South Africa, as a developing country.

Therefore, SARS has suggested that a more immediate, unilateral approach may be appropriate, in line with many other countries across the globe that have elected to institute what effectively seems akin to a withholding tax on gross revenue generated from the country. This approach is not without difficulty, and may prove fruitless if DTAs are not amended to allow South Africa to impose such taxes.

The problem with a unilateral approach is that these measures are perceived as targeting mainly US corporations, leading to trade wars, and South Africa cannot afford counter action from the US at this time. The imposition of VAT may be more acceptable because, ultimately, it is us, the citizens, who foot the bill.

Perhaps a more crucial focus area should be the untaxed, informal economy. The biggest difficulty with this is that no one really knows the value of this economy and what level of tax revenue could be generated from it. Some estimate that it contributes billions to South Africa, making up 20% of jobs in the country. It has undoubtedly been significantly impacted by COVID-19, however, it is likely to bounce back relatively quickly or find ingenious ways to trade through COVID-19. It may even grow, through the addition of individuals who have been retrenched, electing to start their own businesses. Targeting this economy seems like such an obvious way to expand the tax base.

The burning question, however, is how does SA Inc go about this, practically? There's a need to appeal to the moral conscience of taxpayers to get them to comply and then, because these businesses are predominately cash-based, there's a need to be able to police their compliance.

However, in the new area of technology, this seems like quite an easy problem to solve, even if the solution happens gradually. The use of a payments system like M-Pesa, which has worked so successfully in Kenya, coupled with an application that monitors revenue, and taxes it as it is generated, may be the solution.

Instituting incentives to phase out cash over a period, and linking the digital payment system to a SARS application that imposes and collects a minimum percentage-based tax on all revenue generated, may result in increased tax revenue collections, spreading the tax burden across a wider spectrum, with minimal audit activity required. 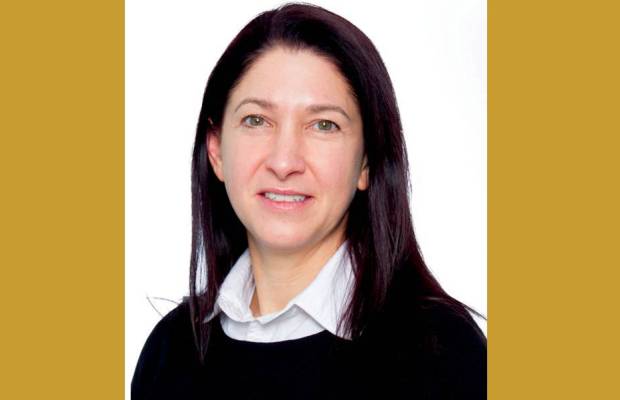