What is an appraisal right?

The appraisal right is a right granted by the Companies Act, 2008 entitling a shareholder, in certain circumstances, to a cash payment equal to the fair value of the shareholder's shares.

This enables a shareholder to exit its investment in a company at fair value if certain specified events are contemplated which will or might:

A company triggers the appraisal rights process if it puts a resolution to shareholders seeking approval for:

If a resolution contemplated above is adopted by shareholders, a shareholder can:

A court has recently held that a transaction entailing the buy-back of more than 5% of the company's issued shares of a particular class also triggers appraisal rights protections. It is possible that the court's decision will be taken on appeal.

How does a shareholder go about exercising the appraisal right?

A shareholder cannot exercise an appraisal right if it votes in favour of the transaction or amendment to the MoI.

A shareholder initiates the process by sending certain notifications to the company. Absent agreement between the company and the shareholder on fair value, fair value is determined/'appraised' by the courts.

Who can exercise an appraisal right?

The appraisal right is available to shareholders of any South African-incorporated company.

Can the appraisal right be used to block the implementation of corporate transactions or amendments to MoIs?

In this way, a balance is sought to be achieved between the:

The exercise of appraisal rights can, however, lead to the failure of the transaction in the following way: as there is no certainty as to what might be held to be fair value pursuant to the appraisal rights process, target companies need to consider the implications of opening themselves up to an unlimited financial exposure.

If so, they might seek the right to walk away from the transaction if shareholders holding more than a specified percentage level of the shares exercise the appraisal right. This is achieved by making the transaction conditional on that level not being exceeded. The inclusion of such a condition precedent has become a common practice in the South African market.

The Companies Act does not define 'fair value' in the context of appraisal rights, nor does it prescribe the valuation methodology to be used.

One matter that the courts are likely to grapple with in determining fair value is how much weight to place on the fundamental transaction price itself in determining fair value. In other jurisdictions, it has been held that the magnitude of the weight to be afforded to the transaction price will depend on the following considerations, amongst others:

What risks are assumed by a shareholder which exercises the appraisal right?

While, on the face of it, it might appear that a shareholder has nothing to lose from exercising the appraisal right, the time and cost implications of a court process might negate the financial benefit which would be derived from a higher appraised fair value.

The appraisal rights mechanism might be utilised by an opportunistic party to purchase shares in the market after the announcement of a transaction, in the hope/expectation of making a profit on the subsequent exercise of the appraisal right.

In some other jurisdictions, certain thresholds have been included to limit opportunistic parties' ability to use the appraisal mechanisms in this way.

Waiver of the appraisal right?

In the course of negotiating a shareholder agreement, a shareholder should give consideration to requesting that other shareholders agree to a waiver of its ability to exercise appraisal rights in the future (that is, without any specific transaction being on the table).

A shareholder which is requested to grant such a waiver should consider the importance of retaining the appraisal rights in all circumstances, or in certain circumstances, such as where a drag-along right is exercised.

The South African courts have not yet determined whether a general upfront waiver by a shareholder of its right to exercise an appraisal right is enforceable.

As a point of interest, The Court of Chancery of the State of Delaware held in 2019 that it was legally permissible for an appraisal right granted under the Delaware General Corporation Law statute to be contractually waived upfront. The decision was, however, based on the specific facts - the court held that the shareholder waiving its appraisal rights was a sophisticated investor which had been fully informed and represented by legal counsel when it signed the agreement, and that the waiver was expressed in clear and unambiguous terms. 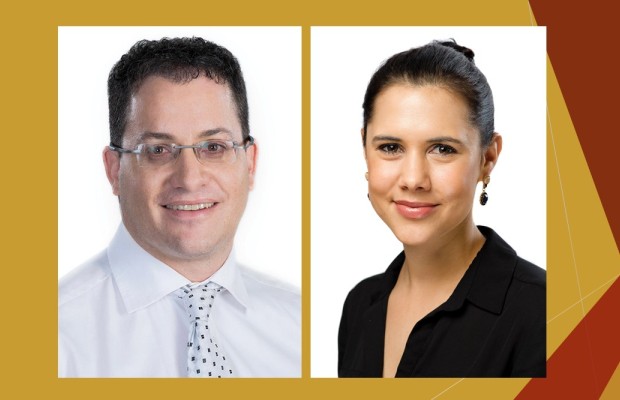 Aspen confirms Non-binding Term Sheet on manufacture and sale of an Aspen branded COVID-19 vaccine throughout Africa ASPEN PHARMACARE HOLDINGS LIMITED (Incorporated in the Republic of...