New Rwanda Ministerial Order No. 003/20/10/TC, which was published in the Official Gazette on 14 December 2020 (the Order), replaced the country's transfer pricing framework, which had been in existence for at least a decade, with more comprehensive rules for different types of transactions consummated both domestically and across borders. For the most part, the Order is consistent with prevailing transfer pricing principles, closely tracking the OECD Transfer Pricing Guidelines (2017), and provides detailed rules concerning transfer pricing methods for specified transactions between related persons, and the type and content of documentation that must be prepared and kept to support the arms'-length price.

The Order is unorthodox in its application to transactions between unrelated persons, incorporating core concepts from BEPS Action 5, relating to harmful tax practices. The transactions covered include the leasing of tangible assets, licensing of intangible assets, provision of services, lending or borrowing of money, transfers for no consideration, and "any other transaction which may affect the profit or loss of a concerned person." The Order states that such transactions fall under the category of controlled transactions if one of the parties is resident in a country or place that the Rwanda Revenue Agency (RRA) considers to provide a "beneficial tax regime" (BTR) and the counterparty is a Rwandan resident, or the transaction relates to the permanent establishment of a non-resident of Rwanda. The Order refers to such transactions as "deemed controlled transactions" (DCT).

The Order defines a BTR as the tax legislation of a country or any other tax jurisdiction, characterised by the following: (i) imposes no income tax on domestic or foreign-source income or, if it does, the rate is 20% or less; (ii) grants tax breaks to non-resident individuals or companies; (iii) does not require a taxpayer to carry on substantial economic activity within the jurisdiction; or (iv) does not allow access to information relating to the corporate structure of legal entities or the ownership of assets, other rights or economic transactions. While clauses (i) through (iii) seem intended to curb tax avoidance, clause (iv) implies more serious challenges caused by lack of transparency, perhaps going beyond tax reporting. Rwanda imposes a corporate income tax at a single rate of 30%. It is not a participating jurisdiction in the Convention on Mutual Administrative Assistance in Tax Matters, which, as of the date hereof, has 141 jurisdictions cooperating to tackle tax evasion and avoidance.

The RRA has the discretion to determine which transactions qualify as a DCT. The factors for identifying a BTR are broad and could pick up a wide range of activities and ownership structures that may not have any tax avoidance intent, such as investment incentives, which Rwanda itself offers. In addition, the widely accepted practice of imposing reduced tax rates, typically below 15%, on income derived from intangible assets qualifies as a BTR even though a licensor may carry on substantial economic activities in the jurisdiction where it is being taxed on that income. In that regard, the BTR diverges from BEPS, which deems such tax regimes not harmful if the substance requirement is in place.

A tax resident of Rwanda entering into a commercial contract with an unrelated non-resident person under normal circumstances would presumably have no leverage regarding where the non-resident chooses to establish its tax residency for the particular transaction involved, or how it operates its business. Typically, in bona fide commercial transactions, independent parties behave in a commercially reasonable manner and negotiate terms with the goal of maximising their own financial benefit. As such, the situation is not conducive to profit shifting. Nevertheless, the application of any of the BTR factors could turn such a contract into a DCT. It is not clear what public policy objective would be served in that context, and the Order seems overly broad in that respect. Logic would dictate that the Order is likely directed to a different sort of transaction between unrelated parties that may involve collusion to manipulate price terms for an improper benefit, illicit flows, offshoring or other concerns.

The Order exempts taxpayers from the obligation to prepare transfer pricing documentation if they have an annual turnover below RWF600 million (roughly US$600,000) and controlled transactions with a value below RWF10 million. The low financial threshold, combined with the broad definition of BTR and wide range of transactions covered, could result in a large volume of transactions being required to comply with the requirements of the Order. The transfer pricing documentation for a relevant tax period must be in place prior to the deadline for income tax declaration.

Where a transaction between unrelated parties qualifies as a DCT, the parties will need to validate their price terms for Rwandan tax compliance purposes, using the methods available under the Order, which include the traditional transaction methods (comparable uncontrolled price, resale price and cost-plus) and the transactional profit methods (net margin and profit split). Where those methods cannot be reasonably applied, the Order permits the use of alternative methods if the RRA is satisfied that "such other method yields a result consistent with that which would be achieved by independent persons engaging in uncontrolled comparable transactions under comparable circumstances of controlled transactions."

The Order's imposition of transfer pricing rules on unrelated party transactions introduces a tax compliance function to the negotiation of the price terms of a wide array of contracts typically handled by commercial personnel. It essentially requires the presumed arms'-length price agreed upon by third parties to be validated using other means, either from the parties' own transactions with their respective unrelated customers and suppliers (internal comparables) or from transactions between independent parties (external comparables). The burden of proving an arms'-length price seems lower where the parties use real-time index prices or published rates with customary adjustments. If, on the other hand, the pricing is more subjective, the parties would have to prove the negative. In addition, there are a lot of unknowns regarding how to comply with the extensive documentation requirements of the Order, which are geared toward related parties.

A good approach for reconciling the purpose of the Order with practical considerations might be for the RRA to provide additional guidance and examples of situations where the normal workings of commercial agreements between unrelated parties would not, by themselves, be sufficient to ensure arms'-length terms. This would shed some light on what the RRA is thinking and give businesses advance notice of what type of third-party commercial arrangements should be closely reviewed by their tax teams in order to comply with the Order. Such an approach would alleviate concerns of a compliance risk and avoid disputes down the road.

Rwanda is quickly developing as a financial industry hub in Africa. It has reportedly witnessed significant increases in foreign direct investment over the years, registering a record foreign direct investment stock of US$2,6 billion in 2019, which is significant for its size. The Order is designed to protect the country's tax base and, in light of diminished government coffers due to the pandemic, it is understandable. However, in the context of unrelated party transactions where the risk of profit shifting is low, the Order casts a wide net and may add to the compliance burdens of a lot of taxpayers who may pose little to no risk.

Pomy Ketema is a Counsel at Baker McKenzie | New York. 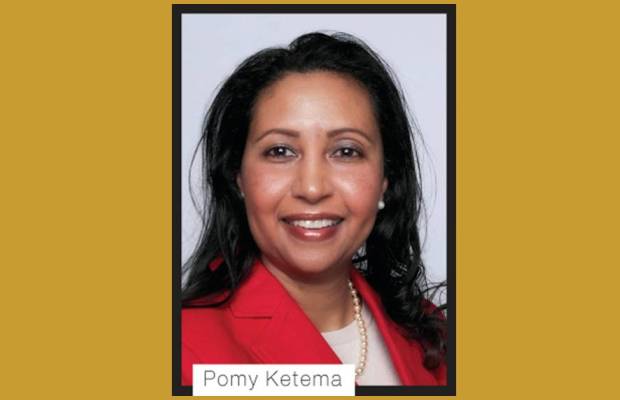