A lifetime ago, when I first met my wife, Alison, we were both working for an archaeological group in Scotland. I was focused on research, and I still remember the thrill whenever we uncovered some new feature on the ground that confirmed or refuted my academic hunches. One day, I arrived at the excavation of the Bishop's Castle in Glasgow to be greeted by excited colleagues. "We have it! We found a moat." And there indeed it was, dug deep into the ground, faced on one side with a nicely engineered foundation wall. Part of that trench can still be seen today.

More than thirty years later, I now work internationally as a strategy advisor to software vendors and as a technical advisor to investors. Even today, however, my daily task - and what excites me - is to find a moat.

In this case, we're not talking about a trench around your castle, but instead the gap that must be bridged by any competitor or challenger before they can match the advantage of your technology. Rather like my old moats, these new tech barriers should be well-engineered, and may be wide or deep: indeed, understanding that distinction in dimension is an important matter.

When I am assessing a company or a product for investors, they often ask me about the moat. Even if they don't use the term, they understand the problem. Is this technology different enough that it would be difficult, if not impossible, for someone else to match it?

A technology moat may be deep, in the sense that it represents a real breakthrough in capabilities or functions that would require intense intellectual effort to bridge it. Today, I see numerous new vendors claiming advances in AI or machine learning that are unique to them. It's not a matter of time until someone else catches up, it's a matter, perhaps, of technical intelligence, of being able to make the same discoveries. New startups, springing out of university research labs, often claim to have a uniquely deep differentiation.

On the other hand, a wide moat may seem relatively easy to cross. Nevertheless, the barrier is still there. It may take a long time for a would-be competitor to acquire all the experience, build all the features and functions, and to play out all the scenarios that you have mastered, even if few of them are, in themselves, technically challenging. I often find these deep moats in vendors which have emerged from consulting organisations - productising years of practice - or in enterprises which spin off their internal products for the market. Whether wide or deep, there are things to look out for ...

Under the murky water

I could take this metaphor too far. Medieval moats were stagnant, filthy, full of trash, and worse. I suppose that was a deterrent to swimming across. I'll not go there, but it is worth looking beneath the surface of a differentiation that, on paper, looks promising.

Firstly - and perhaps most obviously - is the intellectual property protected? Patents have lost some of their utility as a protection as, even provisionally, the process turns more slowly than the technology world is spinning. Nevertheless, good IP adds value and proves out important claims.

Just as important as IP is your human capital. If you are claiming a deep technology breakthrough, are the engineers secured for the future? If you're claiming wide experience, is that learning secured?

It is also important to investigate whether the differentiation really is significant in business, rather than technical terms. New technologies, even real breakthroughs can be vulnerable to other, quite different, but parallel developments. One of my clients had made some remarkable improvements in data compression, but by the time they were ready to bring it to market, the major cloud vendors were pricing storage as a commodity, so cheaply that few enterprises cared about extra compression. A quick pivot to some more specialised and, fortunately, lucrative markets was needed.

We'll do it ourselves, or hire contractors. Risk-averse enterprises often find this route attractive, although in my experience, it rarely works out well. Still, they may prefer to build out a complex project than to take a risk on a new vendor.

We'll do it in Excel. Often said as a joke in the world of data analytics, but quite often true. In fact, a spreadsheet may not be the alternative, but a large number of companies are prepared to muddle through with the tools they have.

Finally, the most important alternative: We'll do nothing. We may not solve the technical problem, but we'll mitigate the business problem in some other way. Perhaps an AI-powered chat bot is the best way to deal with real-time customer support, but we can use human agents and make a virtue of our personal touch.

I do want to make one final point, which comes up regularly in many of my assessments. Is it not possible for a large vendor, with much greater resources, to apply their energy in this space? Won't they crush the startup easily, whether the moat is broad or deep?

Having worked at major global vendors and in award-winning startups, this is one of my least worries. Why? Simply because it's rarely just a matter of resources that makes the difference. Large vendors already have strategies and plans and budgets; their investments are laid out, their resources are allocated. Changing direction is a slow, often arduous process, prone to internal politicking. A large vendor is more likely to partner with a unique startup, or acquire it, than to directly set out to cross that moat.

Differentiation is a complex subject, with many dimensions to consider. I have suggested a simple but handy metaphor to bear in mind when assessing a new offering - it really is a great day when you can say, "We found it. There's a moat!" 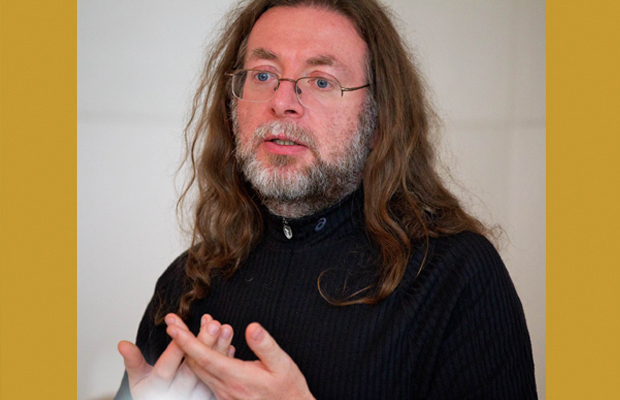 Donald Farmer is the Principal of TreeHive Strategy, advising software vendors, enterprises and investors on data and advanced analytics strategy. He works with major international vendors, but also with some exciting and unique start-ups from Silicon Valley to Singapore, from New Zealand to Iceland. Farmer has worked on some of the leading data technologies in the market, in award-winning start-ups, and in his years leading design and innovation teams at Microsoft and Qlik.